In much of the debate surrounding President Donald Trump’s decision to withdraw from the Paris Agreement on climate change, some critical points have been lost.

One reality is that the agreement was always going to reflect, more than determine, whether the world develops a sustainable relationship with the climate system. The language was intentionally “soft” on what countries pledged to do domestically. There was no other way to get nearly 200 sovereign states to the table. And there was little reason to aspire to more.

The forces both driving and constraining worldwide emissions of greenhouse gases are largely outside the top-down influence of some accord. Rising global energy needs and the enduring abundance of fossil fuels are driving fuel demand and emissions growth. Dropping costs of renewable energy, the increasing substitution of natural gas for coal, and a growing focus on energy efficiency in developing economies are slowing emissions.

But obviously the agreement wasn’t soft enough for Trump, who made no mention of the clear risks from climate change laid out by his secretary of defense, James Mattis, after his confirmation hearing earlier this year, but warned of “massive legal liability” if the United States remained a signatory.

There were going to be setbacks no matter which option Trump chose, and it will take years for the consequences of his decision to play out. He included enough nuance — including the notion of working with Democrats to “negotiate our way back into Paris” or crafting something to replace it — to keep everyone guessing.

And separate from Thursday’s announcement, he had already decided on steps that could undermine international action. For example, his earlier decision to cut funding to United Nations programs related to the climate agreement (not to mention funding for population programs) is going to have substantial adverse impacts on its own. And if his budget cuts for climate science and programs aimed at fostering environmental resilience are not altered by Congress, there’ll be lots more real consequences not directly related to Paris.

Perhaps the most sobering, largely shrouded, reality is that the nations some have pointed to as the new climate leaders lose some of their luster on closer examination.

China and the European Union have used the Trump moves on climate and energy to assume, at least rhetorically, a leadership role in the public discourse over limiting global warming.

Both have garnered headlines for their aggressive and heavily subsidized pushes to expand wind and solar power generation. But while Chinese and German clean-energy policies and investments have driven the deep drop in the cost of solar panels, the economies of both countries remain heavily dependent on coal and oil.

China, while curbing domestic construction of coal-powered plants, has become a leading lender financing the construction of new coal-burning power plants in developing countries, according to a 2016 study by researchers at Boston University and the Institute for World Economics and Politics at the Chinese Academy of Social Science.

China is clearly past the peak of the domestic coal-burning binge of the early 2000s that fueled its dizzying recent rate of urbanization and industrialization. But it will be burning billions of tons of coal or turning it into cleaner natural gas for at least several more decades. Synthesizing gas from coal is great for curbing urban air pollution, particularly if the gas substitutes for burning coal as a domestic heating and cooking fuel, as is still common in China. But there’s a climate cost, as Princeton researchers have found, because the energy required to synthesize the gas is supplied by, yes, coal, producing more greenhouse gases.

And Europe, while generally basking in the glow of the Paris Agreement, has been quietly lobbying the Trump administration since February to fast-track approvals of multi-billion-dollar terminals for exporting America’s abundant shale-drilled natural gas as liquefied natural gas, or LNG, across the Atlantic. Who’s the fossil fuel villain there? 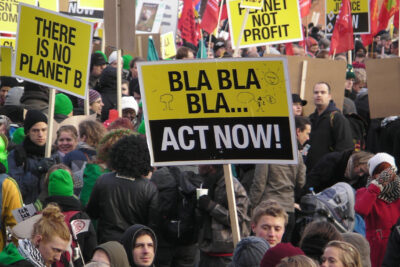 There Are Lots of Climate Uncertainties. Let’s Acknowledge and Plan for Them With Honesty.

A New York Times column on the climate set off yet another dangerous tempest of exaggeration and simplification.

In an interview in early April at a conference on sustainable energy in New York City, Maros Sefcovic, vice president of the European Commission for energy policy, said LNG exports were a central focus of meetings earlier in the year in Washington with Trump administration officials. The hope is to cut European dependence on piped Russian gas — and to provide the flexible power generation needed to balance variable output from solar and wind installations.

Later that month, Secretary of Energy Rick Perry used an appearance at the Bloomberg New Energy Finance meeting in Manhattan to announce the approval of a giant Texas LNG export terminal, owned by Qatar, ExxonMobil and others.

In an onstage discussion with Ethan Zindler of Bloomberg, Perry used a question on Paris to point out the difference between Europe’s climate-focused public statements and its work to gain gas supplies. “We’re out in the public and they’re giving all these speeches about the Paris accord and all the things we’re going to do, and we get into private meetings, it’s like, ‘How do we get that LNG?’,” he said, adding: “Don’t get up on the front end and make all these speeches about how good you’re doing, when the fact of the matter is you’re not.”

It’s important to note that expanded gas exports to Europe were also a goal of the Obama administration, both for economic and strategic reasons. President Obama had also urged fracking-averse Europe to do its own energy development, as well. Hillary Clinton, too, took heat from environmentalists during her campaign for her longstanding support of natural gas drilling, and natural gas exports.

In an email, Myles R. Allen, a climate scientist and policy analyst at Oxford University, said Trump’s decision hinted at a bigger issue, simmering well beyond the United States, that would continue to hinder progress — the enduring abundance of, and demand for, fossil fuels:

The proposal to renegotiate the U.S. terms is interesting — is it just a distraction tactic? Perhaps, but if we really want to put the future of the planet first, we do need to think about how to make the agreement both more effective and more acceptable to nations with substantial fossil reserves — or the U.S. won’t be the last one to jump ship.

It is worth noting that the site of next year’s round of annual climate change negotiations, announced Thursday by the United Nations, will be Katowice, Poland — a city in the heart of the Polish coal belt. Poland signed the Paris Agreement along with the rest of the European Union last October, but only after gaining concessions allowing its coal use to continue.