What inspired you to become a journalist and eventually a digital producer?

Storytelling was something that, even as a kid, I was always drawn to. When I was little, my parents would read stories to me every night. I started becoming a voracious reader and was always interested in this idea of stories. Journalism seemed to be this interesting intersection of storytelling, current events, history and the future, which is something I’m innately interested in. I was a kid reporter for The Denver Post’s kids section, which is my hometown paper. I really loved this idea that you could go interview someone and have the license to just ask them questions. I was also a fan of Radio Disney at the time, and we got to do segments on air. That really got me excited. I thought, “Hey, maybe journalism is something I’d want to do.” I was on my high school newspaper staff and ended up pursuing journalism in college. It’s been an element that has always been a part of me.

How would you explain to readers your job as a digital producer?

Basically, I help get our stories on the internet. That involves producing the story in our content management system and making sure we have multimedia assets, whether that’s art, prepping video embeds, things like that. Making sure the look, feel and design is something that will make sense for the reader. It’s working with the reporters and editors in Illinois and also coordinating with the design and production team in New York.

What has been your most rewarding experience as a journalist and digital producer?

The most rewarding experience is seeing stories that either I helped produce or I reported reach audiences. In my last job, I worked on a long-term investigation focused on police interactions with the public. We collected traffic stops data from around the country, and one of the most exciting parts for me was not necessarily the stories that our group did about possible racial bias, but the fact that we were able to clean and give that data to local newsrooms around the country. Then seeing those newsrooms reporting on how policing affects their community. I was excited to just see how you can break off a piece of a reporting project and help fellow local journalists around the country.

What are you excited about producing with ProPublica Illinois?

One thing that really excites me about web producing here is we’re really thinking about the reader. My interest in investigative journalism is why I wanted to come to ProPublica Illinois. I’m excited about the reporting that happens here, but also by this question: How do you make sure that really important reporting is being seen by audiences, having impact and also is in a form that makes sense? Right now, we’re producing for the web, but I’m interested in how might you translate an especially interesting investigation for when someone’s commuting by bus to their job, driving in the car or getting ready for work at home. How might we best serve readers on a single story beyond just our website?

What are some underreported stories in Illinois that you wish had more coverage?

I would say environmental topics. There’s a lot of opportunity for investigating both how the private sector and public sector interact when it comes to environmental policy and compliance with laws that protect our environment. That’s something to explore here in Chicago, but also all across the state. I’m interested in meeting people living here to better understand that.

How do you hope the stories that you help produce at ProPublica Illinois will spark change? 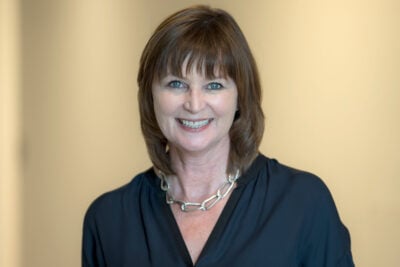 As a producer, I want to make sure we can create story packages where the design is almost invisible in a way, that it’s beautiful and the reader enjoys it, but it’s not ever in the way. It lets people focus on the stories because that’s ultimately what it’s about, whether someone is reading something on their phone or on their computer.

What storytelling and/or web production techniques would you like to experiment with at ProPublica Illinois?

I’m interested in exploring how we can deliver a story in the best way. How do you deliver one investigation in the way someone wants to consume it and based on the context they're in? And how are we putting together a story package in a way that someone from Chicago will be interested in and want to consume but also someone in Carbondale in southern Illinois. I’m also interested in starting to think about what devices or tools might everyday people be using in five, 10, 20 years. Are people actually going to be using smart speakers? Is it a fad now or would we all want to eat our waffles in the morning and listen to Alexa read us the news? If, 20 years from now, driverless cars are a mainstream thing and you don’t have to be at the wheel, how might a news story be presented there? Is it just going to be a TV news story or are there new ways to think about that? I’m really interested in the future.

I know it’s cliché to say, but everyone has a story. I found early in my reporting career that some of the most interesting stories came from the most unexpected moments, whether that was having coffee with someone or sitting through a two-hour city council meeting. Oftentimes, some of the most interesting characters, stories or sources would come out of that. It’s being aware and listening at all moments and just being receptive. It often happens organically if you’re listening.