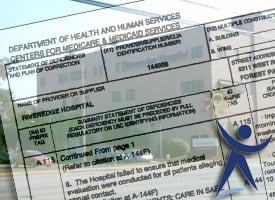 Shortly after the Justice Department began investigating Illinois' largest psychiatric hospital last summer, the company's chief executive assured investors that the problems were behind them. Riveredge Hospital had a new management team, said Joey Jacobs, CEO of Psychiatric Solutions Inc., and would "continue to get better."

Three weeks later, however, a hospital staffer noticed two teenage boys in bed engaged in what one of them later described as sexual assault. Instead of separating the boys, the worker attended to four other patients before alerting a supervisor, documents show (PDF).

The boys, 14 and 16, were among a handful of children admitted to Riveredge after a Tribune report last July revealed that patients had been assaulted and left vulnerable to known sexual predators.

In the months since, details have emerged suggesting that problems at Riveredge continued after the new facility manager took over in June.

Just a day before Jacobs spoke to investors on Aug. 4, a patient with a history of acting out sexually was observed having sex with a mentally retarded female patient in an open area of the hospital, records show.

Responding to inquiries about these incidents, Riveredge Hospital said in a statement that it took its responsibility "to provide a therapeutic and safe environment" to its patients "very seriously."

But it also said: "While every precaution is taken to ensure patient safety and quality of care, incidents have occurred despite our vigilant efforts. We recognize that even one incident is too many, so we have responded immediately and aggressively to make sure our patients' needs are being met and that we are doing everything possible to prevent further occurrences."

Public officials paid Riveredge $32.4 million in 2007 to treat patients in the 210-bed facility. But that funding fell off in the seven months since the Department of Children and Family Services stopped sending state wards to the hospital last summer -- following inquiries from the Tribune.

After the newspaper published its investigation, the Justice Department subpoenaed records from the facility's owner and from DCFS officials.

He said the hospital has also responded to subpoenas from the Illinois State Police, which investigates Medicaid fraud, and has permitted employees to speak with investigators.

The DCFS admissions hold remains in place while a team of University of Illinois at Chicago psychiatry researchers completes a thorough evaluation of the hospital's past services to agency wards, interviewing youth and reviewing patient charts, according to DCFS spokesman Kendall Marlowe.

Once the review is complete, Marlowe said the agency will review it and determine whether, or under what conditions, children in state custody will return to the hospital.

"Our decision will be based on the safety, well-being and quality of care of our children," he said.

The review comes against a backdrop of continuing concern by state and federal officials about Tennessee-based Psychiatric Solutions, the nationâs largest operator of free-standing psychiatric facilities.

In both 2007 and 2008, California health officials levied $25,000 in fines against one of the chain's hospitals. Authorities have threatened to pull the licenses of company PSI facilities in Virginia, Florida and Texas. Officials from the federal Centers for Medicare and Medicaid Services took the rare step of ousting a company hospital in Houston from the government's reimbursement program in 2007.

At the company's Riveredge facility in west suburban Forest Park, state health department inspectors found several deficiencies in the hospital's care of a pregnant 27-year-old patient. She died in August 2007, an hour after she was rushed out of Riveredge. Regulators determined that the hospital failed to document vital-sign checks for the woman and her fetus even while she was taking a risky antipsychotic drug.

During inspections last fall, the Illinois Department of Public Health also scrutinized 12 patients' medical records, noting that many of their assessments were not individualized and their treatment plans were vague.

Both of the sexual contact cases, which did not involve DCFS wards, prompted health department citations against Riveredge for failing to adequately monitor patients.

In the case involving the 16- and 14-year old boys, the older child, an autistic patient, alleged his 14-year-old roommate had assaulted him. The 16-year old told Forest Park police his roommate initiated the attack by choking him and threatening to kill him.

The state report on the incident says a staffer reported seeing the boys engaged in sexual conduct at 7:15 a.m., but went about her duties for 15 minutes before notifying a nurse.

Inspectors found conflicting accounts of the incident. The facility's incident report says the boys were "immediately" separated. But the detail about the staffer going about her business before alerting a supervisor was found in that employee's own written statement, regulators wrote.

Health authorities noted another shortcoming: The staffer who was in charge of observing the boys every 10 minutes -- per hospital policy -- wrote that they were each "in bed, asleep" from 7:10 a.m. to 7:30 a.m.

In the same report, regulators also noted that on Aug. 3, 2008, the hospital failed to monitor a 34-year-old mentally retarded patient, who, it was noted, was unable to "provide for personal safety/protection."

That patient was observed having sex in an open day room with a 54-year-old patient who was on "assault precautions" and had exhibited sexually inappropriate behavior on his way to the hospital.

In response to regulators' findings, the facility said last fall that it fired three mental health workers and one nurse who didn't comply with its patient-checking policy. It also initiated additional staff training and installed bar-code scanners outside of patient rooms to ensure that staffers make the prescribed 10-minute patient checks.

On Oct. 29, the hospital's chief executive sent a memo to staffers, directing them to tell a professional if they noticed signs of sexual volatility. The memo emphasized the importance of checking on those in their care.

"The purpose of rounds is to ensure that patients are safe at all times!" read the memo, which was provided to the Tribune by a hospital worker. "Before initiating rounds, know who your patients are!"