Media reports this week have focused fresh attention on how the Federal Bureau of Investigation managed the dramatic discovery — five weeks before the 2016 presidential election — of what seemed to be a fresh trove of Hillary Clinton emails and the delay in investigating them that ensued. The articles are fueling Republican charges of an FBI cabal, intent on protecting the Democratic nominee.

Yet the latter view is contradicted by the evidence gathered in a multi-month ProPublica investigation last year that examined the FBI’s Clinton investigation. That article found that, indeed, crucial weeks dribbled away before the FBI took action — but there was no sign that any particular individual was intentionally stalling or that the delay was politically motivated.

This week’s stories, by The Washington Post and The Wall Street Journal, have zeroed in on the FBI’s then deputy director, Andrew McCabe, who reportedly took three weeks or a month (depending on which account you believe) to order an examination of the new emails after an agent stumbled across them during a sex crimes investigation of Anthony Weiner, then the estranged husband of Clinton deputy Huma Abedin. Both stories report that the Justice Department inspector general — in the midst of a broad investigation of how the FBI and Justice Department managed the probe — is examining McCabe’s role. 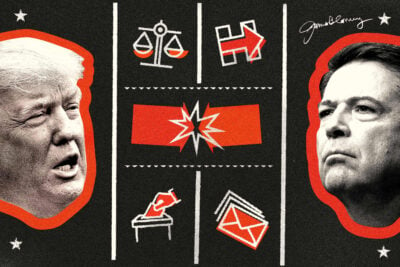 The Post, quoting unidentified sources, reported that the inspector general is “focused” on why McCabe “appeared not to act for about three weeks on a request to examine a batch of Hillary Clinton-related emails…” The Journal notes that “Republicans and critics of the FBI have suggested the bureau may have sat on the emails to avoid hurting Mrs. Clinton” and are “especially suspicious of Mr. McCabe.”

McCabe, who did not provide comment for either article, was already under fire before they appeared. He recently resigned after becoming the target of President Donald Trump and congressional Republicans. One key complaint: McCabe’s wife ran unsuccessfully for a Virginia state Senate seat as a Democrat, and received a reported $700,000 from entities linked to Virginia governor and longtime Clinton ally Terry McAuliffe. McCabe, who was head of the FBI’s Washington field office at the time, played no role in the Clinton probe before his wife’s defeat in November 2015, then assumed an oversight role in the case after being named deputy FBI director in February 2016.

Yet the response to the new articles in some circles — to view the delay as proof of an anti-Trump conspiracy at the FBI — misunderstands what has long been known. The FBI’s snail’s-pace handling of the Weiner-laptop emails isn’t news.

ProPublica’s detailed examination of how then FBI Director James Comey handled — and mishandled — the entire Clinton investigation noted that the bureau’s top hierarchy, including Comey, was alerted to the discovery of the Clinton emails within days. Here’s how we described what happened:

On Sept. 26, after federal prosecutors in New York obtained a search warrant, the FBI collected Weiner’s iPhone, iPad and laptop. Agents began examining the computer — a silver, 15.6-inch 2015 Dell Inspiron 7000 — for any pictures, videos or other evidence involving Weiner’s teenage sexting partner. An agent sorting through the contents of the hard drive came across a jolting find: a State Department memo and some emails between Abedin and Hillary Clinton. The documents were not covered by the sex-crimes warrant, which meant that the FBI had no legal right to examine them.

The presidential election was five weeks away.

The agent went to the office of the U.S. Attorney for the Southern District of New York for guidance. Prosecutors there wanted no part of the email case, which had been staffed by a special team of agents, FBI analysts, and Justice Department lawyers working out of FBI headquarters, in Washington. The New York prosecutors told the agent to seek advice from that team. They said nothing to their own bosses at Justice Department headquarters.

By Oct. 3, senior officials at the FBI — including Comey — had been alerted that the Weiner laptop contained an unknown number of Clinton emails.

This week’s stories raise the prospect of a deliberate McCabe effort to stall examination of the Clinton emails to protect Clinton. But that’s at odds with what our reporting showed.

It’s important to note that we don’t know what evidence the inspector general — who has broad access to internal emails, text messages and officials that reporters don’t — has gathered so far, or what he will ultimately find and conclude about McCabe’s motivation. (His report isn’t expected until March or April.) 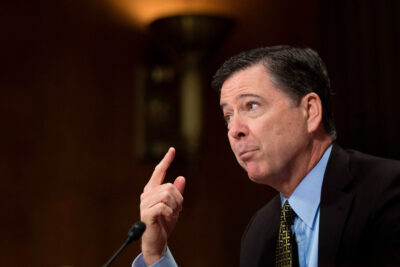 But there are important points to consider, nonetheless. For starters, McCabe wasn’t ultimately responsible for how to proceed and what to disclose; Comey was.

More important, the crucial question inside the FBI at the time wasn’t whether Comey (and McCabe) should publicly disclose the discovery immediately. It was whether it was correct to do so at all so close to the election. The notion of revealing anything with such profound consequences for a presidential race violated both written and unwritten Justice Department guidelines against interfering with elections.

At the time top FBI officials were alerted, agents hadn’t examined the new evidence or assessed whether it would change anything in a case that had already been definitively closed.

Certainly, our reporting found that in many ways the FBI stumbled through the month between its discovery of the Clinton emails and its notification to Congress on Oct. 28, 2016. There were troubling judgments and misjudgments — fueled by excessive caution, bureaucratic considerations and turf issues — which unnecessarily left the emails unexamined for weeks, leaving open the question of whether they might reveal something new.

In late October, senior FBI officials — newly fearful of leaks about their discovery that might damage the bureau’s reputation — decided they had to disclose. It’s worth remembering that at this point the FBI was already investigating the Trump campaign’s potential collusion with Russia. Comey and his team chose to reveal the reopening of the Clinton investigation but to say nothing about the Trump probe.

In our reporting (keeping in mind, again, that the inspector general may be privy to evidence at odds with this), there was no sign that McCabe particularly resisted the Clinton announcement.

In testimony to a Senate committee, Comey later publicly offered a moral argument for the decision: He’d previously told Congress the case was closed, so the decision to examine the new emails required public disclosure. As Comey told the Senate, “I could see two doors and they were both actions. One was labelled ‘speak’; the other was labelled ‘conceal.’ ... I stared at ‘speak’ and ‘conceal.’ ‘Speak’ would be really bad. There’s an election in eleven days — lordy, that would be really bad. Concealing, in my view, would be catastrophic, not just to the FBI but well beyond. And, honestly, as between really bad and catastrophic, I said to my team, ‘We got to walk into the world of really bad.’ I've got to tell Congress that we’re restarting this, not in some frivolous way — in a hugely significant way.”

And with that, in the view of many, the hierarchy of the FBI — far from assuring Hillary Clinton’s election as president — took a step that helped torpedo it.