A version of this story was co-published with the Los Angeles Times. 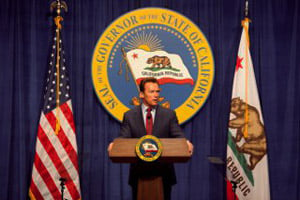 California Gov. Arnold Schwarzenegger called Friday for 107 new investigative staffers to improve the discipline of errant nurses and other health professionals, a rare push for more in a budget proposing less in almost every area.

The $12.8 million spending request came as Schwarzenegger proposed deep cuts throughout California government for the fiscal 2011 budget, which takes effect July 1. If approved, the additional staff would be paid from the individual budgets of health care boards, which are supported by licensing fees. The money would not come from the cash-strapped general fund.

The governor's proposal (PDF) follows reports last year by ProPublica and the Los Angeles Times detailing how it took an average of more than three years to resolve complaints against registered nurses in California, even those accused of serious misconduct. The lag time allowed them to continue practicing and in some cases put patients in harm's way.

Schwarzenegger administration officials say they are committed to reducing the time it takes to investigate and discipline problem caregivers to an average of 12 to 18 months.

"We believe this is an intelligent investment," said Brian Stiger, director of the California Department of Consumer Affairs, which oversees 19 health-related boards. He said next year's funding increase would be followed by another chunk of money in the fiscal 2012 budget to improve the boards' computer database systems and further expand the staff.

The governor's request has a long way to go before any staff can be hired. It must be approved by the state Legislature and is contained within a massive budget that has already drawn fire from several quarters.

Still, the move is the governor's latest to address weaknesses identified in California's oversight of its approximately one million nurses, physicians, dentists, therapists and other licensed healthcare providers.

A day after ProPublica and the Times reported in July about delays at the Board of Registered Nursing, the governor replaced a majority of the board's members. He demanded broader changes after reporters began gathering information about similar backlogs and delays at other health boards.

In recent months, the consumer affairs department asked all boards to prioritize complaints as they arrive and pursue the most serious ones first. It called on investigators to wrap up their reviews of cases that were more than a year old. And it deployed a rapid response team to help the nursing board reduce its backlog of complaints waiting to be processed.

Stiger also granted some senior board officials the authority to issue subpoenas for medical and other records, something they did not have before.

The governor's budget request would accelerate the overhaul.

As it stands now, cases from most health boards are referred to a central division of sworn investigators within the consumer affairs department. They have law enforcement training and carry badges and guns.

But if the budget proposal passes, boards would get their own non-sworn staff to pursue most cases. Such staff cost less, require less training and aren't as sought after as those with police skills.

"We wanted to give our executive officers resources that they could 100 percent direct and control to address issues as they come up," Stiger said.

Nursing board president Ann Boynton welcomed the move. "We don't need to have somebody who carries a badge and a gun to do many of these investigations," she said.

Under the proposal, the Board of Registered Nursing would add 18 nonsworn investigators, along with a dozen complaint analysts, supervisors and consultants. Its overall budget would increase nearly 28 percent in the next fiscal year, to $29.9 million.

On Friday, Stiger's department also offered a preview of potential legislative proposals that would give officials far more power to take immediate action against health providers accused of wrongdoing.

One would allow Stiger to suspend the licenses of potentially dangerous caregivers at the request of a board's top official. Currently, a suspension can only be approved by a criminal judge or an administrative law judge following a process that can take months.

The proposals, which are still being fine-tuned, also include ideas previously raised including revoking the license of a health professional who is convicted of a felony sex offense and suspending the licenses of addicted professionals who test positive for drugs or alcohol while in a state-run recovery program or while on probation.