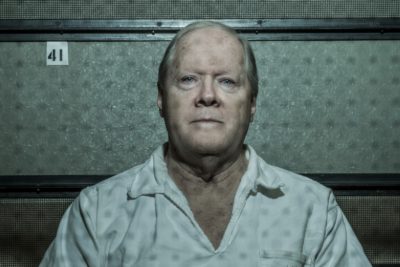 This story was co-published with The New York Times Magazine.

An influential state commission issued a highly critical assessment on Friday of a second key player in the murder conviction of Joe Bryan, saying a Texas Department of Public Safety crime lab chemist had “overstated findings, exceeded her expertise and engaged in speculation” when she testified in 1989.

In a report issued at its quarterly meeting, the Texas Forensic Science Commission also found that the now-retired chemist, Patricia Retzlaff, failed to do thorough analysis of key DNA evidence in 2012, after a judge allowed such testing.

The report marks the second time in just three months that the commission, a national leader in forensic science reform, has highlighted serious flaws in the prosecution of Bryan, a former high school principal who has now spent more than 30 years in prison over the murder of his wife, Mickey, a fourth-grade grade teacher in Clifton, Texas. In July, the commission found that the blood-spatter analysis used to convict Bryan was erroneous.

Among the items that were not fully analyzed was a cigarette butt that was discovered at the crime scene. The defense has long contended that the cigarette butt is proof that someone other than the Bryans, who did not smoke, entered their home on the night of the crime. (The case’s lead investigator claimed that he accidentally tracked it into the home on the heel of his boot.) The commission noted that were was “ample DNA extract remaining” which could be analyzed.

Troubled by these discoveries, the commission urged Texas DPS, the state’s top law enforcement agency, to review a broader sample of Retzlaff’s work “to assess whether similar observations regarding testimony and thoroughness of analysis are present in other cases.”

Brady Mills, who heads the state crime lab, declined to comment, but the lab routinely follows the commission’s recommendations.

Retzlaff worked at the state’s regional crime lab in Waco for more than three decades, from 1981 to 2012. The lab analyzes forensic evidence for law enforcement agencies throughout the 18-county area that lies between Dallas and Austin. Texas DPS declined to comment on how many cases Retzlaff had worked on, or testified about, during that time.

Retzlaff, who performed serology and trace evidence analysis in the Bryan case in the mid-1980s, as well as post-conviction DNA analysis in 2012, did not return calls for comment.

Bryan was the subject of a two-part investigation by ProPublica and The New York Times Magazine in May that questioned the accuracy of the bloodstain-pattern analysis used to convict him, as well as the training of the experts who testify in such cases. In July, the commission found that the blood-spatter analysis used to convict Bryan was “not accurate or scientifically supported” and the expert who testified was “entirely wrong.”

The bloodstain-pattern analyst in the case, Robert Thorman, conceded in an affidavit last month that some of his conclusions in the case were wrong.

The commission’s report, which reiterated its findings about the flawed blood-spatter testimony, revealed that the deficiencies in the forensic case against Bryan are more extensive than were initially known.

The commission found that Retzlaff — then known as Patricia Almanza — made numerous speculative or unscientific assertions at Bryan’s 1989 trial, some of which bolstered the prosecution’s case. Among them:

Retzlaff’s testimony stood in contrast with that of two other crime lab employees who testified in the case and who, the commission found, “remained within the limits of their expertise and did not offer speculative observations or conclusions.”

The report also noted that while Bryan’s trial attorneys were able to correct some of Retzlaff’s statements during cross-examination, “the defense should not be required to ‘clean up’ misleading testimony after the fact.”

Created by the Texas Legislature in 2005, the commission — made up of seven scientists, one prosecutor and one defense attorney — does not investigate the guilt or innocence of defendants, but rather the reliability and integrity of the forensic science used to win their convictions. This year, its inquiry into the Bryan case broadened into a re-examination of bloodstain-pattern analysis, a forensic discipline whose practitioners regard the drops, spatters and trails of blood at a crime scene as clues that can sometimes be used to reverse-engineer the crime itself. 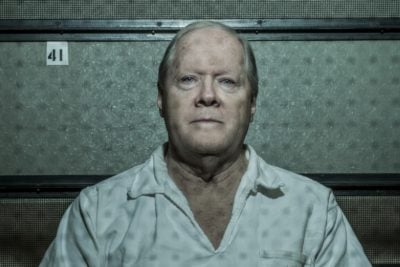 Bryan was tried twice, first in 1986 and then again in 1989. Though Retzlaff testified at both trials, the commission only reviewed her 1989 testimony, since Bryan’s retrial formed the basis of his appeal.

The commission’s findings further strengthen the defense’s argument that Bryan, now 78 and in poor health, deserves a new trial. Bryan had been attending a principals’ convention in Austin, 120 miles from where the murder occurred, in the days surrounding the murder. He has always maintained that he was in Austin, asleep in his hotel room, at the time of the crime.

After the meeting, Reaves and Freud said they were heartened by the commission’s findings, which come just weeks after the conclusion of an evidentiary hearing in Comanche, Texas, during which they dismantled numerous aspects of the state’s case. On the final day of the hearing, in a dramatic about-face, the bloodstain-pattern analyst whose testimony had proved critical in convicting Bryan renounced some of his previous testimony.

“My conclusions were wrong,” Thorman, a retired police detective, wrote in an affidavit. “Some of the techniques and methodology were incorrect. Therefore, some of my testimony was not correct.”

The state and defense will submit their written summations of the testimony presented at the hearing to Judge Doug Shaver on Nov. 9. The judge will then recommend to the Texas Court of Criminal Appeals whether Bryan should receive a new trial. That court’s justices will be the final arbiters.

Participants in the case appeared shocked to learn Friday that further DNA analysis could still be performed on the cigarette butt. It remains uncertain whether this analysis can now proceed.

Additional untested evidence, like Mickey’s sexual assault kit, “could have potential probative value,” the commission noted in its report. The Bosque County DA’s office has blocked the defense’s efforts to have these items tested. Judge James Morgan, who presided over both of Bryan’s trials, ordered testing to proceed last year. Prosecutors appealed his decision to Texas’ 11th Court of Appeals, which has not yet handed down an opinion.

The commission’s report is not admissible in a criminal proceeding, and it will not be considered by Shaver. But Freud said the report was only further proof that the district attorney, who has thus far declined to comment, no longer had a case.

“Bosque County DA Adam Sibley has now been told by the Texas Forensic Science Commission a second time that there is compromised scientific testimony supporting Joe’s conviction,” Freud said. “And still, he lets another day of this 32-year-long injustice persist.”