The December 1982 massacre of 250 civilians in the jungle hamlet of Dos Erres stands as one the worst atrocities of the country’s civil war. Only within the last year have trials begun for the Kaibil commandos who did the killing. Here are the principal survivors, soldiers and investigators involved. | Related story »

Three years old at the time of the Dos Erres massacre, Oscar survived and was taken by Lt. Oscar Ovidio Ramírez Ramos, one of the commandos who led the attack. The lieutenant died months later in a truck accident, and the green-eyed boy was raised by the Ramírez family. Investigators and human rights activists helped determine Oscar's true identity last year. He lives in Framingham, Mass., with his wife and four children. He has petitioned for political asylum in the United States.

At age 5, Ramiro was the other green-eyed child abducted from Dos Erres by the soldiers. He was raised by Santos Lopez Alonzo, a baker for the attack squad. Ramiro served in the Guatemalan military before emigrating and now lives in Canada under political asylum. He has been a prosecution witness against former Kaibiles, testifying about his memories of the massacre.

Castañeda, a farmer, was away on the day of the Dos Erres massacre. For nearly 30 years he lived under the belief that all nine of his children, and his pregnant wife, had been killed. Castañeda learned this year that Oscar, whose real name at birth was Alfredo, was in fact alive. Tranquilino, now 70, and Oscar are scheduled to meet in person in the United States.

Hernández was 11 at the time of the Dos Erres attack. His brother and uncle were killed by commandos. He witnessed some of the killing but escaped from the Kaibiles as they took other children and women away from the village to be executed in the hills nearby. His testimony helped convict several perpetrators in recent trials.

After gaining power in a coup, Ríos Montt ordered a search-and-destroy campaign against rural villages thought to shelter guerrilla fighters. He has been charged with genocide and crimes against humanity. This week, a Guatemalan court ruled that he could also be prosecuted as the mastermind of the Dos Erres massacre.

Carias was the area commander in a nearby town. He helped plan the Dos Erres raid and covered up the evidence afterward, leading troops who looted and razed the hamlet. He threatened civilians with death if they asked questions. He was found guilty of murder, human rights violations and aggravated robbery and sentenced to 6,066 years in prison in August 2011.

Ramírez was the deputy commander of the quick-reaction squad of Kaibil commandos that led the Dos Erres attack. He was the most experienced soldier in the squad with a reputation for brutality, battlefield prowess and loyalty. Ramírez's mother wanted a grandchild. The unwed commando took Oscar home after the massacre, claiming him as his son, then died eight months later in an accident.

Haunted by the killing at Dos Erres, Pinzón became the first repentant soldier to provide a firsthand account in one of the many massacres committed during the Guatemalan conflict. As a cook who had washed out of Kaibil training, he had been mistreated by others in the unit. For his cooperation, Pinzón was granted immunity from prosecution and relocated as a protected witness.

After being introduced to human rights activists by fellow soldier Favio Pinzón, Ibañez recounted the Dos Erres raid to prosecutors and was granted immunity and relocated as a protected witness. Unlike Pinzón, he was a full-fledged commando. He provided a detailed account of the massacre and confessed to dragging residents to a dry well, where they were bludgeoned and dumped.

One of the senior officers in the Dos Erres raid, Batres is accused of raping a young girl in front of her family, an event that triggered other soldiers to engage in rape, according to testimony and prosecutors. Batres remains at large.

One of three former commandos found guilty of murder and human rights violations in an August 2011 trial in Guatemala. All three were sentenced to 6,060 years in prison, or 30 years for each of 201 identified Dos Erres victims plus 30 years for crimes against humanity. Pop Sun was described by witnesses as one of the most vicious commandos.

One of three former commandos found guilty of murder and human rights violations in an August 2011 trial in Guatemala. All three were sentenced to 6,060 years in prison, or 30 years for each of 201 identified Dos Erres victims plus 30 years for crimes against humanity.

One of three former commandos found guilty of murder and human rights violations in an August 2011 trial in Guatemala. All three were sentenced to 6,060 years in prison, or 30 years for each of 201 identified Dos Erres victims plus 30 years for crimes against humanity. After his arrest in 2011, Méndez's description of the abduction of the boys caused a judge to order prosecutors to renew the hunt for Oscar.

U.S. immigration authorities caught up with Jordán in Florida. He had become a U.S. citizen. "I knew this day would come," Jordán told agents. He confessed to throwing a baby into the dry well at Dos Erres. He was arrested by federal agents and pleaded guilty to concealing facts and willful misrepresentation on his U.S. immigration application. He is serving a 10-year sentence in a U.S. prison.

Sosa allegedly threw a grenade into the dry well after a wounded man in the well cursed him, according to testimony. He emigrated to the U.S. and became a prominent martial arts instructor in California. He was arrested in Canada and awaits extradition for trial on charges of falsifying his U.S. immigration application.

Alonzo took Ramiro Cristales, then 5, from Dos Erres to live with his family. In a 1999 meeting with prosecutor Sara Romero, he confessed to the abduction and participation in the massacre. Alonzo had moved to the U.S. and was deported once. He was later arrested in Houston, charged with re-entering the U.S. after being deported and pleaded guilty. He agreed to testify against Sub-Lt. Sosa.

Pimentel was picked up by helicopter the day after the Dos Erres massacre and taken to Panama to serve as an instructor at the School of the Americas. In 1985, the Guatemalan Army awarded him a commendation medal. U.S. agents arrested Pimentel in California in May 2010 and deported him to Guatemala in July 2011. He was tried, found guilty of atrocities at Dos Erres and sentenced to 6,060 years in prison in March 2012.

Romero was assigned to the case after the 1996 peace treaty that ended Guatemala's 36-year civil war. In the years after, Romero tracked down and took statements from former Kaibiles Favio Pinzón and César Ibañez that opened the door to the first trials of Dos Erres perpetrators in August 2011 and March 2012. She also tracked down the abducted boys, Ramiro and Oscar. She continues to pursue the investigation.

Farfán leads an association of relatives of victims of the Guatemalan civil war called FAMDEGUA. She was the first to interview Favio Pinzón and Cesar Ibañez about Dos Erres. She filed a criminal complaint accusing the army of mass murder there and brought in a team of forensic anthropologists from Argentina to exhume remains in 1994.

Longo, a former prison therapist who joined Immigration and Customs Enforcement, tracked down and built a case against former Kaibil Sgt. Gilberto Jordán, who had become a U.S. citizen. Longo worked with Homeland Security Investigations agents hunting other Kaibiles in the United States. He managed to elicit a confession from Jordán in a dramatic encounter at the former commando's Florida home. Jordán was sentenced to 10 years in prison for covering up his commando past on immigration forms. The unusually tough sentence reflected the judge's anger at the evidence of Jordán's role in the massacre.

Since her appointment in 2010, Paz has reinvigorated efforts to prosecute civil war atrocities and has pushed to try former dictator Jose Efraín Ríos Montt with human rights violations and genocide for a policy of razing villages. She has also played a leading role in pursuing investigations of corruption and criminal mafias, which are often linked to former and active military officers.

Peccerelli founded the Guatemalan Forensic Anthropology Foundation, which supports state investigations of atrocities, exhumes remains at massacre sites and performs DNA tests. In 2010, his organization analyzed the Dos Erres remains recovered years earlier by the team from Argentina. Results helped establish that Oscar Alfredo Ramírez Castañeda, abducted from Dos Erres at age 3 by commandos, was a survivor and that his real father is Tranquilino Castañeda. 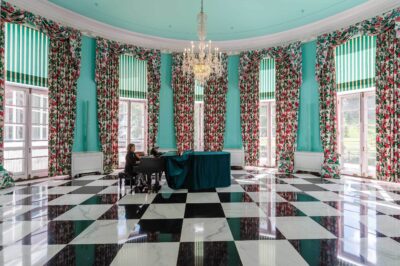 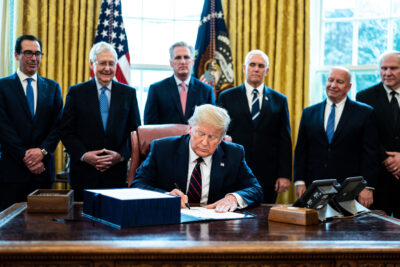 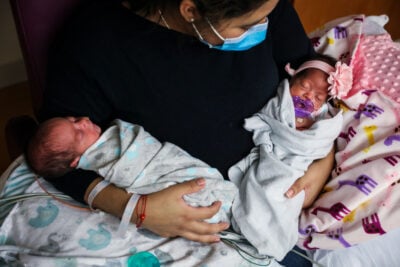