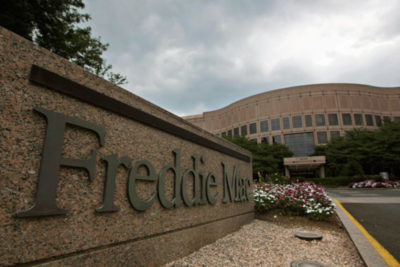 In the aftermath of the financial crisis, American taxpayers poured $187.5 billion into two huge but poorly understood companies: Freddie Mac and Fannie Mae. Now controlled by the government, the companies play an even larger role in the economy than they did before the crisis and their bailout, but they are riven by conflicts of interest and clashing goals. Are they private companies, only out to increase their profits, or are they instruments of government policy, dedicated to keeping home ownership available?

ProPublica has focused on the tensions within Freddie Mac and Fannie Mae, as well as those besetting their regulator, the Federal Housing Finance Agency (FHFA).

NPR's Chris Arnold and ProPublica revealed that Freddie Mac had placed multibillion-dollar bets that pay off only if homeowners stay trapped in expensive mortgages with interest rates well above current rates. Freddie began increasing these bets dramatically in late 2010, the same time that the company was making it harder for homeowners to get out of such high-interest mortgages.

The scoop, "Freddie Mac Bets Against American Homeowners," caused an immediate firestorm. As countless media outlets picked up the story, multiple senators criticized the company and wrote to Edward DeMarco, the acting head of the FHFA, calling for an investigation into the transactions and the company's activities.

The FHFA responded, saying it had told Freddie not to make any more transactions in the kind of securities at issue, called inverse floaters. The agency said it had "identified concerns regarding the controls, including risk management, surrounding the inverse floaters." The agency did not specify those "concerns," but said Freddie agreed in December that "these transactions would not resume pending completion of [FHFA's] examination work." The statement also said that Freddie had ceased making the deals earlier in 2011 but did not explain why.

Selected articles on the foreclosure crisis:

In response to a letter Sen. Robert Casey, D-Pa., sent to DeMarco, the regulator expanded on its reasons for shutting down the transactions a few days later, saying that "the risk associated with these transactions is inconsistent with FHFA's goals of having Freddie Mac reduce its risk profile and avoid unnecessary complexity that requires specialized risk management practices."

In September, the inspector general of FHFA concluded that there was no deliberate or coordinated effort by Freddie Mac to keep homeowners trapped in high-interest mortgages in order to profit from trades pegged to those rates. A firewall is supposed to separate Freddie employees who make trades from those who set policy for homeowners. In its investigation, the inspector general found no evidence that the firewall had been breached — but conceded it had not independently evaluated the integrity of the firewall but instead relied on interviews with employees who said no one had violated the wall.

Penetrating Freddie's boardroom, ProPublica exposed the internal debates over the company's refi programs. Many economists were pushing for mass refis, because they said they would reduce foreclosures and boost the economy. But some Freddie board members feared they would cut into company profits. In closed door meetings, two Republican-leaning board members and at least one executive resisted a mass refi policy for an additional reason: They regarded it as a backdoor economic stimulus.

In a recent explainer, we looked at how with little discussion or planning, we have nationalized the American mortgage market and what the ramifications of that are. Before the financial crisis, the federal government backed roughly 30 percent of mortgages. Now, the government is backing about 90 percent of new mortgages, with Fannie and Freddie backing the lion's share. What do we do about Fannie Mac and Freddie Mac? Should the government keep insuring so many mortgages? And how do we resolve the conflicts of interest and competing goals that beset Freddie and Fannie? A bipartisan centrist consensus is forming to solve the problem by heading down a path that offers the least resistance but could be the most dangerous: returning to what existed before the housing market imploded.

ProPublica also focused on the FHFA, which regulates Fannie and Freddie, and DeMarco, its acting head. A coalition of progressive groups, housing advocates, Democrats and, later, the White House pushed DeMarco to allow Fannie and Freddie to cut the size of mortgage balances, known as principal reduction. Many economists argue that such debt relief is the key for helping people get back on their feet and the economy going again.

As part of its revamped refinancing effort, Home Affordable Refinance Program (HARP), the Treasury Department agreed to supplement Fannie and Freddie to write down principal. In a Propublica/NPR scoop, we revealed that Fannie and Freddie ran the numbers and determined that principal reductions would actually be profitable for the companies, undercutting DeMarco's stated reason for opposing them.

Nevertheless, DeMarco subsequently decided against doing them, citing risks that such reductions would cause other homeowners to voluntarily default on their mortgages.

Because FHFA is an independent regulator, the White House can't simply fire DeMarco over a policy dispute. As an acting director, DeMarco could have been replaced by a new Obama appointee, but the administration's initial pick withdrew himself from consideration as Senate Republicans signaled they would oppose him. The Wall Street Journal recently reported that the White House hopes to have a new nominee early next year.