A former Las Vegas prosecutor whose misconduct in a wrongful murder conviction was detailed in a ProPublica and Vanity Fair story in May has been rebuked again, this time for his conduct as a judge.

The Nevada Commission on Judicial Discipline publicly reprimanded Judge William Kephart in August for violating four ethics regulations. The sanction did not include any fine or discipline, but was posted online. 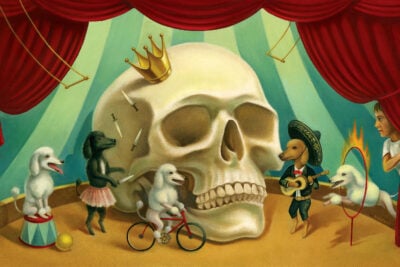 In an accompanying story, we described how the Supreme Court of Nevada had noted prosecutorial misconduct in at least five of Kephart’s cases over a dozen years, including instances in which he choked a witness on the stand and downplayed the reasonable doubt standard by telling a jury they needed only a “gut feeling.” In 2002, Kephart was fined $250 by Nevada’s high court for a “violation of the Rules of Professional Conduct.” Although at the time Kephart promised the justices that there wouldn’t be “a bona fide allegation of prosecutorial misconduct against me in the future,” he was again called out for bad behavior in 2008 when the court tossed out a murder conviction.

Despite these cases, Kephart moved on to the bench, eventually winning a seat on the city’s Eighth Judicial District in 2014. His term is up in 2020.

Kephart’s newest sanction involves his comments on a 2002 case in which he prosecuted Kirstin Lobato for murder. The case later became nationally known for its meager evidence against the then 19-year-old and was picked up by the Innocence Project. In February 2016, Lobato had a pending appeal before Nevada’s Supreme Court when Kephart gave a media interview in which he said the case “was completely justice done.” His comments prompted an inquiry and subsequent judicial misconduct charges, because asserting her guilt while she had an ongoing innocence claim “could affect the outcome or impair the fairness of Miss Lobato’s case,” according to the formal statement of charges.

The commission announced the charges in May and Kephart denied wrongdoing — saying in part that his “character and reputation” should be a mitigating factor. But he later conceded that he had broken the ethics rules and agreed to the reprimand. Neither Kephart or his lawyer, William Terry, responded to requests for comment. Nor did a spokesman for the Eighth Judicial District.

Lobato was subsequently granted an evidentiary hearing by the state’s high court that is scheduled to begin today.