If you’re like most people, you’ve probably clicked “I agree” on many online contracts without ever reading them. Soon you may be deemed to have agreed to a company’s terms without even knowing it. A vote is occurring Tuesday that would make it easier for online businesses to dispense with that click and allow websites that you merely browse — anything from Amazon and AT&T to Yahoo and Zillow — to bind you to contract terms without your agreement or awareness.

As public outcry mounts over companies like Facebook collecting and selling user information, the new proposal would prime courts and legislatures to give businesses even more power to extract data from unwitting consumers. If the proposal is approved, merely posting a link to a company’s terms of service on a homepage could be enough for the company to conclude that a user has agreed to its policies. That includes everything from provisions that allow the sale of customer data or grant the right to track visitors to policies that limit consumers’ legal rights by barring them from suing in court or in class actions. Some courts have already given their blessing to this practice. But the proposal up for a vote Tuesday is set to make those kinds of business-friendly rulings all the more common.

The proposal has outraged consumer advocates, state attorneys general and other constituencies. They see it as improperly tilting the scales in favor of business interests. They argue that the solution is creating clearer, simpler contracts rather than lengthy, confusing ones that are harder to find. The proposal’s authors counter that they have simply summarized trends in American law.

There’s been little discussion of the impending change in the general public. That’s because the vote isn’t before Congress, the Supreme Court or a regulatory agency. It’s before a private association virtually unknown outside legal circles: the more than 4,700 judges, legal scholars and practicing attorneys that constitute the American Law Institute. The new proposal was drafted by three law professors affiliated with the organization.

Almost a century old, ALI is about as elite an institution as the United States has to offer. It counts among its founders two chief justices of the U.S. Supreme Court — one of whom, William Howard Taft, was also the 27th president — and its membership is a who’s who of the American bar. Speakers at ALI’s annual conclave in Washington this week include Chief Justice John Roberts and former Justice Anthony Kennedy.

For decades, ALI has exerted profound influence over American law and life through the publication of what it calls the “Restatements of the Law.” The Restatements are, in essence, guidebooks to the common law. That body of law — created by judicial opinions rather than statutes — plays a central role in governing everything from property rights to contract disputes to who’s liable when accidents happen. But it’s a messy realm; courts in each state are free to create or put their own spin on common-law rules. The point of the Restatements is to clarify the common law and impose order on it.

The reputation of the Restatements is such that for decades courts have treated them as something close to an authoritative explanation of what the law is and where it’s heading. “The ALI is the unofficial College of Cardinals of the U.S. legal profession,” said Adam Levitin, a Georgetown University law professor and ALI member who has helped spearhead opposition to the new Restatement. “Even though its members are not representatives of the public, once the ALI approves these Restatements, lawyers, arbitrators, judges and justices use them as a handy reference guide to what the law is and should be.”

At the heart of consumer advocates’ objections to the Restatement is a section that substantially weakens in the consumer context a core concept of contract law — that a contract requires a “meeting of the minds,” with each party assenting to its terms. Instead, the Restatement requires businesses only to give customers notice of the contract terms and an opportunity to review them.

The Restatement provides examples of how little businesses need to do to bind consumers to their terms and conditions. In one hypothetical, a user simply browsing a website becomes bound by its terms of use because the homepage contains a notice that links to the language and reads, “By continuing past this page, you agree to abide by the Terms of Use for this site.” In another, a user becomes bound by the website’s terms merely by clicking a “Read More” button to access the full text of a webpage. (Companies can continue using “I Agree” buttons if they prefer.)

The authors of the Restatement — three professors from Harvard Law School, NYU School of Law and the University of Chicago Law School — contend that courts have reasoned there’s no need for businesses to do more, because nobody reads these contract terms anyway.

Consumer advocates and other critics acknowledge that nobody reads online contracts. But they argue the proposed cure is worse than the disease. They say it provides businesses an incentive to bury objectionable terms inside ever-longer and more impenetrable contracts — think Apple’s user agreements — instead of identifying better ways to alert consumers to significant or intrusive contract terms.

“Weakening the requirement of mutual assent is not only contrary to fundamental principles of contract law,” New York State Attorney General Letitia James wrote in a May 14 letter to ALI, “but will encourage a veritable race to the bottom, as market forces will drive businesses — which will know they can bind consumers to all but the most odious terms — to draft standard form contracts with egregiously self-serving terms.” The letter was signed by 23 other state attorneys general and top consumer protection officials. All but one are Democrats.

Worse still, critics claim, the proposed Restatement departs from the traditional role of Restatements — to synthesize the law as it is — and doesn’t accurately reflect the state of the law. Opponents assert that the Restatement’s authors have relied on faulty empirical methods and cherry-picking from case law to reach their preferred rules. “They’re being a little disingenuous,” Levitin said. “They claim they’re following what courts are doing, and this is out of their hands. Except that it all depends on some rather constrained readings of the cases.” 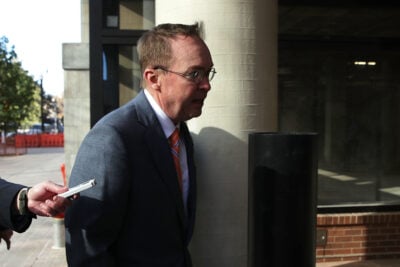 Some banks and others who handle mortgages have been forcing homeowners into a corner: You want a chance at saving your home? Then you’ll have to waive your right to sue.

One lawyer who represents financial institutions offers a similar view. “It’s not a good portrayal of the common law of contracts as it applies to consumers,” said Alan Kaplinsky, an ALI member and partner at the law firm Ballard Spahr. (The firm has represented ProPublica in the past.) “This is more of a document expressing the aspirations of the three reporters — what they would like the law to be rather than what the law actually is.”

ALI and the Restatement’s authors dispute these claims. They have defended their methodology and say they have followed the traditional approach. The Restatement doesn’t reflect personal opinion, noted one of the three authors. “We are not partisans,” said University of Chicago law professor Omri Ben-Shahar. “We are not anti-consumer or anti-business. ALI entrusted us to identify patterns in the law as developed in the courts. We did our best to identify what are the relevant precedents and rules.” As Ben-Shahar put it, “The grounds for the opposition is that people don’t like the law and hope that either the ALI will try to change the law or not engrave into stone existing law, in the hope that maybe it would change in courts over time, since we’re talking about common law that’s developed by courts.”

Proponents of the Restatement argue that it hews to how courts have responded to the rise of e-commerce. “The courts (and everyone else) recognize that most don’t read the contracts,” Steven Weise wrote in an email to ProPublica. Weise is a partner at the law firm Proskauer Rose and a member of the ALI’s governing council. “But that doesn’t mean that the law should give up — the courts have taken classic rules on contract law and applied them in the changing, online environment.”

The authors also contend that there’s a benefit for consumers: tools that make it easier to sue in court.

But consumer advocates see that as meaningless. Most consumers don’t litigate contract issues because they can’t afford to, they say. Consumer goods usually aren’t worth the legal fees, and contracts often include mandatory arbitration clauses or class-action waivers that further deter litigation.

The consumer advocates have found an unexpected ally among some in the business community, who oppose the proposed changes to the rules that apply to consumer lawsuits. Some companies fear that the stronger legal tools will result in a flood of lawsuits and leave businesses unsure of how to conduct themselves to avoid liability.

The combination of consumer and business opposition has led to a groundswell of critical op-eds, law review articles, posts on legal blogs and letters. Their goal is to stop the Restatement altogether and leave consumer contracts guidelines as they currently are.

The extent of the opposition makes Tuesday’s vote hard to predict, according to ALI members.

Proponents are confident. Historically, the broader membership has followed the organization’s governing council, which in this case voted in favor of the Restatement.

Opponents seem pessimistic. “My hope is they drop it altogether,” said Kaplinsky, who served on ALI’s board of advisers for the consumer contracts Restatement. “The best the opponents can hope for is that it gets sent back” for revision to the authors and the governing council “and dies a slow death.”

Update, May 21, 2019: At its annual meeting in Washington, the American Law Institute on Tuesday deferred until next year’s meeting a decision on whether to approve a proposal that would deem website visitors as agreeing to a site’s terms and conditions merely by browsing it. The ALI membership tentatively approved one fairly uncontroversial section of the proposal, but it did not vote on any of the other sections. “We ran out of time before we could complete discussion of the draft,” ALI said in a statement. “Review will be resumed at a subsequent Annual Meeting.” Critics of the consumer proposal were cheered overall. We “showed that there is very strong opposition to the project,” said Adam Levitin, the Georgetown law professor who has helped lead opposition to the proposal.