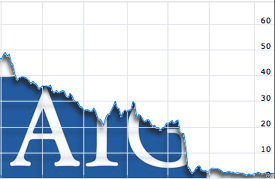 Hedge funds are the hidden recipients of the taxpayer dollars flowing through AIG.

The unregulated and exclusive trading houses bet against the housing market, reaping billions as that market tanked.

But because they did the deals through the banks, there is still almost no transparency about which funds were involved, or how much money they could receive.

At the end of Wednesdayâs House Financial Services subcommittee hearing into AIGâs bonuses, Rep. Marcy Kaptur, D-Ohio, asked AIG CEO Edward Liddy for information about the hedge funds â who they are and how much bailout money they got.

"They are not our customers," said Liddy. "What you are asking is âWhat did they [the banks] do? Who are their clients?â I donât have any answers to those questions."

When AIG released the names of "counterparties" â banks and states at the winning end of AIGâs bad deals â this weekend, not one hedge fund appeared on the list.

TheWall Street Journal reported that Deutsche Bank is holding money in an escrow account for at least one hedge fund. But so far, thatâs all the public knows about these shadowy deals.

AIG owes the American taxpayer nearly $80 billion, part of up to $180 billion in bailout funds authorized so far. The company paid $100 billion to banks who were the counterparties to its credit default swaps and securities lending programs.