Bil Musgrave was just 54 years old when he was diagnosed with a rare cancer and given six months to live. He retired from his job as a coal miner in Warrick County, Ind., and focused on his treatment, which was covered by the lifetime health insurance provided to him by the Squaw Creek Coal Company. Miraculously, he survived. The insurance — a benefit that Alcoa, the corporation that operated Squaw Creek in a joint venture with coal giant Peabody Energy, was contractually obligated to provide him and other retired workers — also covered the lengthy list of medications he needs to take on a regular basis.

In 2007, Squaw Creek’s operations were passed to a new entity called Patriot Coal Corp., a creation of Peabody Energy into which it moved much of its retirement liabilities and very few of its assets. Even with the spinoff, Alcoa continued to provide insurance for Musgrave and hundreds of other retired coal miners. So he was floored when ProPublica reporter Alec MacGillis called in 2015 with the news that Patriot Coal had gone bankrupt (as a result of the liabilities Peabody had burdened it with), and his health care was going to be cut off.

As ProPublica went on to report, in a draconian feat of financial engineering, millions of dollars earmarked for the health insurance of retired Squaw Creek coal miners — at least 208 retired miners and their dependents — would be diverted to legal fees and other bills from Patriot Coal’s bankruptcy.

“I was shocked that Alcoa would do that to their long-term employees and disavow their contractual obligations to 233 unionized families, leaving them without health care at all,” said Musgrave. “It was just devastating. And it was all hidden in the bankruptcy filings.” 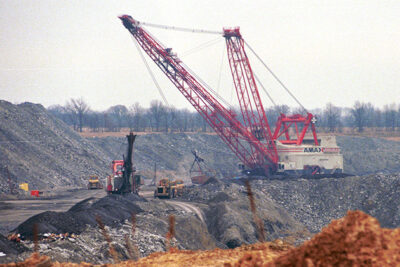 A week after ProPublica’s story shined a light on those bankruptcy filings, Patriot Coal announced that it was withdrawing its plan to strip retirees’ insurance benefits. Musgrave, who is now fighting another cancer (he believes both are linked to industrial waste dumps at Squaw Creek), will continue to receive lifetime healthcare benefits. He attributes all of it to ProPublica’s investigative reporting.

“No news organizations knew about it until after ProPublica reported it, and I think the coverage embarrassed Alcoa,” said Musgrave, who stresses the importance of investigative journalism for small towns like Warrick County, where many local newspapers lack the resources to support it. “It diminishes our democracy. That’s why ProPublica does such an outstanding job. I know I’m getting true investigative reporting with both sides of the story. In my opinion, that’s what it takes for a democracy to survive.”

Pegasus Spyware Maker NSO Is Conducting a Lobbying Campaign to Get Off U.S. Blacklist