UPDATE: On Jan. 22, 2015, the government notified Bud's family that they had identified his remains.

On June 11, 2011, John Eakin filed a formal petition with the Army detailing all the evidence suggesting his cousin Bud could be found. The military has declined to move ahead with the case. This is how long it's been since Eakin gave them evidence — and Bud still hasn't been identified. Read the story »

It's been this long: 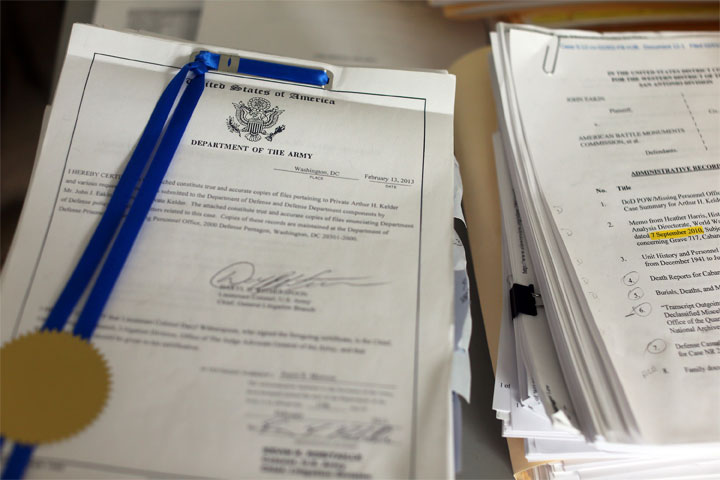 Photo by Jennifer Whitney for ProPublica.