by Jason Pohl, The Sacramento Bee, and Ryan Gabrielson, ProPublica 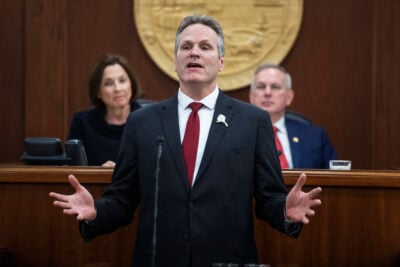 State auditors found that an agency intended to educate the public about forestry presented biased information favoring the timber industry and possibly violated state law. The audit was prompted by our investigation last year into the agency.

Magistrate Angel Underwood was removed from her post after court officials sat on a complaint for years. Underwood has been accused of failing to remain impartial toward the local sheriff’s department, which her husband used to run.

by Joseph Cranney and Avery G. Wilks, The Post and Courier

Parents who participate in the Birth-Related Neurological Injury Compensation Association, or NICA, receive a pledge from lawmakers that they will no longer have to fight for “medically necessary” expenses the program has claimed to cover all along.

After our investigation found that a tax-funded institute acted as a lobbying arm for the timber industry, Oregon lawmakers passed a bill that would significantly cut the institute’s funding and redirect the money to climate science.

by Rob Davis, The Oregonian/OregonLive, and Tony Schick, OPB

For nearly two weeks after her arrest, a Maine lawyer continued to be contracted by a state agency with a record of mismanagement to serve as legal counsel for Maine’s poorest residents.

We Reported on How California Rarely Cracks Down on Oil Companies. Now Regulators Have Fined One Company $1.5 Million.

After years of lax enforcement, California regulators slapped hefty fines on an oil company for nearly 600 violations. But concerns remain whether that penalty will ever be paid.

by Janet Wilson, The Desert Sun

While the executive director of the Florida program has sent a letter to families saying they will get more benefits and “services you have long deserved,” some parents ask why NICA waited until lawmakers insisted before embracing reform.

After a series of investigative articles by the Miami Herald and ProPublica, the Florida Legislature passed a host of reforms to a state-run program for children born with catastrophic brain injuries.

Bills in the Florida House and Senate would increase benefits for families of brain-damaged babies, add parental representation to the program’s board and create an ombudsman, following investigative stories by the Miami Herald and ProPublica.

Officials called for reforms hours after an investigation by the Miami Herald and ProPublica identified gaps in a Florida program that strips families of their right to sue when births go horribly wrong.

A company promised to create 237 jobs making the first ever self-chilling beverage can, winning big public subsidies in return. Four years later, there are no jobs and you still put your beer in the fridge. The city may demand the subsidies back.

by Dan O’Brien, The Business Journal

The audit, requested following a surge of jail deaths reported on by The Sacramento Bee and ProPublica, found that county and state officials failed to adequately account for billions in spending.

When a whistleblower alleged that $200 million was missing from the California Public Utilities Commission, the agency says it took steps to collect. Yet an audit uncovered more missing money and cited flaws in the agency’s accounting system. 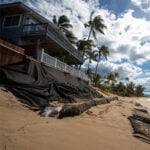 A legal loophole allowed wealthy property owners to protect their real estate at the expense of Hawaii’s coastlines. Now, the state Legislature is considering bills to crack down on the destructive practices, but questions around enforcement remain. 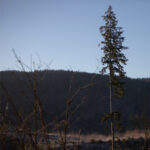 For decades, corporate timber benefited from tax cuts that devastated local budgets. Lawmakers want change and have filed dozens of bills, making this one of Oregon’s most consequential sessions for forest policy. 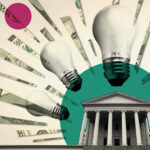 A bipartisan group of Virginia lawmakers are pushing a legislative package to strengthen oversight of the state’s largest utility, Dominion Energy. The effort could return millions in refunds to customers. 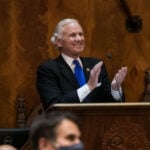 An investigation from the Post and Courier and ProPublica found that most judges had no law training and some accepted bribes, stole money and ignored constitutional protections. Now, South Carolina’s governor says he wants change.

South Carolina lawmakers are eyeing reforms to strengthen oversight of magistrate judges after ProPublica and The Post and Courier found some had been appointed and reappointed despite ethical and professional lapses.