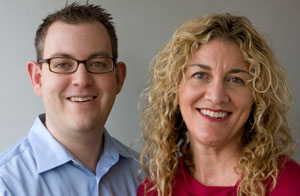 On March 1, hospitals will be able to begin using a federal database to determine if nurses, pharmacists, therapists and other health workers have been sanctioned by other states. However, ProPublica senior reporters Charlie Ornstein and Tracy Weber found that the database is incomplete and missing thousands of records on dangerous or incompetent caregivers. The pair have been investigating health care safety issues since they started working together at the Los Angeles Times and won a Pulitzer Prize for their King/Drew series, and they’ve continued on that beat since they joined ProPublica.

In this podcast, the two reporters discuss why the national database was created, how the federal government responded to the missing data problem, and who can use the ProPublica disciplinary guide. They also look back and talk about how they got started reporting on delinquent nurses, why California was slow to discipline these caregivers, how some nurses reacted to the stories and how they deal with interview subjects who try to mislead them.

Articles discussed on this show:

When Caregivers Harm: Problem Nurses Stay on the Job as Patients Suffer

Schwarzenegger Replaces Most of State Nursing Board