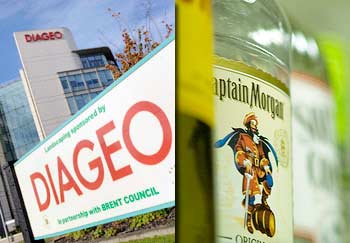 The battle between Puerto Rico and the Virgin Islands erupted last fall after Congress stuck $192 million in rum tax rebates for the U.S. territories into the $700 billion financial bailout package.

The rum provision was small potatoes but highly symbolic. Opponents of the bailout bill derided the rebate as a subsidy for rum-makers. Liquor industry interests howled that the money went to the territorial governments, not the rum-makers. When Congress passed the bailout, the furor died – but politicking over the obscure rebate program continues.

Afterward, ProPublica examined whether the tax rebate would benefit the rum-makers. We found that the money would go to the territorial governments. But Puerto Rico and the Virgin Islands then would pass along some of the $192 million to rum-makers as marketing subsidies and production incentives.

What’s more, that $192 million was part of a larger pot of rum excise tax money – some $500 million annually – that Congress steers to the territories under the 92-year-old rum "cover over" program.

Rum-makers get a significant chunk of the money. But our eyes popped wide open when we discovered that shortly before the bailout debate, the Virgin Islands cut a deal with Diageo, the world’s largest purveyor of spirits, including "Captain Morgan" rum.

Under the arrangement, the London-based giant would move its rum production from Puerto Rico to the U.S. Virgin Islands in 2012. In exchange, the Virgin Islands would pass along roughly half of its share of the rum tax rebate to Diageo. The Virgin Islands and Diageo would each get $2 billion in rum tax rebates over 30 years of the agreement – money that neither would receive if Diageo continued to make rum at its Serralles Distillery in Puerto Rico.

To Puerto Rico and Serralles, it is an act of piracy. Diageo’s move to the Virgin Islands means that most of Puerto Rico’s share of the excise tax rebate will move, too. Puerto Rico has received $3.5 billion in payments in the past decade. For Serralles, the move means the loss of its biggest customer and, possibly, 400 jobs.

Now, with permits granted, bonds about to be issued and groundbreaking imminent for the $165 million distillery that the Virgin Islands will build on St. Croix for Diageo, each side has fired a legislative salvo in Congress.

Donna M. Christensen, the Virgin Islands’ delegate in the U.S. House, introduced a bill that would make the full "cover over" payment permanent and do away with the need for congressional votes every year or two. The measure effectively would lock in the $4 billion in rebates that Diageo and the Virgin Islands expect to split.

In a recent news release, Christensen said the rebate money is "for use as its government sees fit, usually in the Virgin Islands, to fund capital improvement projects, and for other general purposes." She made no mention of the deal with Diageo, the producer of Dom Perignon, Smirnoff, Tanqueray, Jose Cuervo and Guinness, among others. The company had revenues of $8 billion in 2008.

Puerto Rico has responded with its own legislation: a bill capping at 10 percent the amount of the rebate that either territory is allowed to share with rum-makers. Puerto Rico’s argument is that the money is intended as an economic boost to the territories, not as a sweetener for one territory to lure away a major employer from the other territory.

"The purpose of the rebate is, and has always been, to help both territories provide for the general well-being of their people and to increase the economic development of the island," Pedro Pierluisi, Puerto Rico’s resident commissioner and representative in Congress, said in unveiling the bill. "The program was not designed to allow a territory to portion out excessive subsidies to rum manufacturers."

Since 1966, Puerto Rico has had a law limiting rum-makers’ cut to 10 percent, said Javier Vazquez Morales, the executive director of the Puerto Rico Industrial Development Company. In practice, he said, Puerto Rico has held the payments to 6 percent.

Pierluisi’s bill could blow up the Diageo agreement with the Virgin Islands and the entire 92-year-old rum rebate program. Christensen warned that it "would call into question a program that has been of financial benefit to both territories."

Both sides realize that the simmering war could bring unwanted attention a program that could be construed by opponents as a massive tax subsidy to a foreign spirits maker, Diageo. That would present a difficult vote for most members of Congress.