This story was co-published with Politico and appeared in its print and online editions on Tuesday, Sept. 22, 2009.

Arkansas Rep. Mike Ross -- a Blue Dog Democrat playing a key role in the health care debate -- sold a piece of commercial property in 2007 for substantially more than a county assessment (PDF) and an independent appraisal (PDF) say it was worth.

The buyer: an Arkansas-based pharmacy chain with a keen interest in how the debate plays out.

Ross sold the real estate in Prescott, Ark., to USA Drug for $420,000 -- an eye-popping number for real estate in the tiny train and lumber town about 100 miles southwest of Little Rock.

"You can buy half the town for $420,000," said Adam Guthrie, chairman of the county Board of Equalization and the only licensed real estate appraiser in Prescott.

But the $420,000 was just the beginning of what Ross and his pharmacist wife, Holly, made from the sale of Holly's Health Mart. The owner of USA Drug, Stephen L. LaFrance Sr., also paid the Rosses $500,000 to $1 million for the pharmacy's assets and paid Holly Ross another $100,001 to $250,000 for signing a non-compete agreement. Those numbers, which Ross listed on the financial disclosure reports he files as a member of Congress, bring the total value of the transaction to between $1 million and $1.67 million.

And that's not counting the $2,300 campaign contribution Ross received from LaFrance two weeks after the sale closed.

Holly Ross remains the pharmacist at Holly's Health Mart under USA Drug. Neither she nor her husband agreed to speak with ProPublica for this story. (Read Rep. Mike Ross's response to this ProPublica-Politico investigation.)

At the time of the 2007 sale, the county assessor's office valued the pharmacy's building and the land on which it sits at $263,000 -- nearly $160,000 less than the Rosses got for it. Because assessors' valuations don't always reflect true market value, ProPublica hired Guthrie to appraise the property. He placed the current value of the lot and building at $198,000, substantially lower than the county's assessment, which was raised from $263,000 to $269,000 this year. Guthrie explained the difference between his appraisal and the county assessment by saying that county assessments have been running higher than actual market value.

Mike Ross frequently speaks for a coalition of House moderates known as the Blue Dog Democrats, a group that helped force changes to the version of the health care reform bill drafted by the House Energy and Commerce Committee. The role has lifted him to national prominence in recent months. 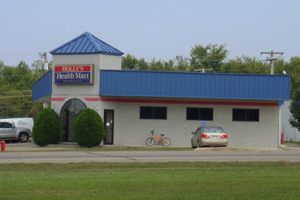 Ross, a member of the committee, told reporters on Aug. 5 in Little Rock: “We held the bill hostage in committee for 10 days to make it better. ... We protected small businesses. ... And we ensured that if there is a government option, it will be just that, an option. It will not be mandated on anybody."

Ross bristled at suggestions he was trying to kill the bill.

"I wasn't trying to kill health care reform," he said. "If I was, I wouldn't have been in negotiations for 10 days."

LaFrance has amassed a privately held chain of more than 150 pharmacies operating in five Southern and Midwestern states under a variety of names, including USA Drug. It was the 15th largest drug chain in the country in 2008 with an estimated $906 million in sales, according to Racher Press, which publishes business intelligence reports.

The pharmacy industry is aggressively lobbying Congress in an effort to protect its interests in the health care debate. Ross, who belongs to the 52-member Congressional Community Pharmacy Coalition, has introduced and supported legislation backed by pharmacy trade groups.

On Aug. 1, the National Community Pharmacists Association issued a news release thanking Ross for an amendment to the health care reform bill that would create greater transparency in the operations of pharmacy benefit managers, who act as clearinghouses for insurance company reimbursements for pharmaceuticals.

In June, the National Association of Chain Drug Stores issued a news release thanking Ross for introducing legislation authorizing payments to pharmacists to train patients in how to manage their medications.

Health-related interests have donated $342,475 to Ross since 2007, according to federal campaign data maintained by the nonprofit Center for Responsive Politics. No other business sector has given Ross as much.

LaFrance declined to be interviewed for this story. His son, Stephen L. LaFrance Jr., who helps run the chain, asked for questions to be submitted in writing but didn't respond to them.

Ross's spokesman, Brad Howard, said the real estate deal was "open, honest and by-the-books." He described Ross and LaFrance as "acquaintances" but declined to say whether they have discussed the pending legislation, adding that Ross has discussed health care reform with many of his constituents.

The $157,000 gap between the property's assessed value and the price LaFrance paid wasn't unusual, Howard said, because assessments are done for tax purposes and typically don't reflect the full market value of the real estate.

"The appraisal always differs from the assessment, and you can't really compare the two," Howard said.

In that initial interview on Sept. 2, Howard told ProPublica that the appraised value of the real estate at the time of the sale "was somewhere around where the purchase price was, which was, you know, I think was like $420,000." He said he didn't have a copy of any such appraisal and suggested obtaining it from LaFrance, who did not respond to requests for a copy. On Friday, however, Howard said he could "only assume there was an appraisal done on the property by the buyer in 2007" and that he "never said" the property was appraised at $420,000. 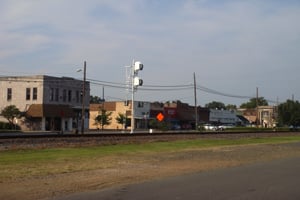 Nevada County, which includes Prescott, hires an outside firm -- Arkansas CAMA Technology Inc. -- to update its assessments every five years. After LaFrance bought Holly's Health Mart in 2007, someone from CAMA called the headquarters of LaFrance's pharmacy chain to verify the sale price for the lot and building, in part because "it was such an expensive sale for that area," CAMA employee Mike Shepherd told ProPublica.

Commercial property values in Nevada County "have stayed flat" in recent years, Shepherd said, adding, "I would say flat or a slight increase, maybe. That would be pretty slight, though."

Brenda Williams of Nevada County Real Estate in Prescott said county property assessments tend to be slightly below market value, but usually "no more than 5 percent."

"Being in the real estate business, I know that I see the tax card every time, and it's usually assessed a little bit less than the actual value or sales price, a little bit less but not that much less," she said. Asked about the value of the lot and building housing Holly's Health Mart, she said: "It might cost $250,000 to build it. I wouldn't have a problem with that two hundred and something thousand. But not over 400."

Two months after the 2007 sale, LaFrance's concerns about health care reform were spelled out in an article in the Arkansas Democrat-Gazette.

"Universal health care will ruin our health care in America," LaFrance told the reporter. "There'll be long lines, they won't be able to get treated, potential doctors will be afraid to go into medical school, there will be an outflux of doctors -- in my opinion. It's not broke and don't fix it."

Describing the drug industry as "very big business," he said the high prices charged for prescription drugs are possible only because insurance companies and the government underwrite about 95 percent of the cost.

"So when the customer pays $7, $10, $15, $20" for a prescription co-pay, "it doesn't hurt him. They don't realize that the insurance company is paying the other $125. That's kind of a double-edged sword; if it wasn't for insurance, the American pharmaceutical industry wouldn't be able to charge the prices it charges today, because the public wouldn't put up with it," LaFrance told the Democrat-Gazette.

"Our sales are higher, because it affects the top line of sales," he added. If the government doesn't interfere, there's "nothing but good days ahead."