WASHINGTON — The Austin Police Department has asked the Texas Department of Public Safety to audit the way it processes and clears sexual assault cases following an investigation by Newsy, Reveal from The Center for Investigative Reporting and ProPublica.

The investigation, Case Cleared, revealed that Austin police and dozens of law enforcement agencies across the country are making it appear as though they have solved a significant share of their rape cases when they have simply closed them without making an arrest, using a process known as exceptional clearance.

“We have a serious problem with the way that rapes are handled in Austin and Travis County, and this is an opportunity to do something about it,” said Rebecca Bernhardt of the Texas Association Against Sexual Assault.

Hanna Senko told the council her own case had been exceptionally cleared. “I deeply question what is going on within the sex crimes unit at APD,” Senko said.

Austin Mayor Steve Adler responded by saying the issue was “worthy of immediate attention” and that the city manager would be following up as a “highest priority.”

Federal guidelines allow police to use the exceptional clearance classification when they have enough evidence to make an arrest and know who and where the suspect is, but can’t make an arrest for reasons outside their control.

Criminal justice experts say the designation of exceptional clearance is supposed to be used sparingly. Our data analysis shows that in 2016 Austin police reported 51 percent of rape cases were cleared, placing the city well above the national average of 36.5 percent. Records we obtained showed suspects were arrested only 17 percent of the time in Austin. The rest were exceptionally cleared – closed with no arrest even though police knew the suspect and had probable cause for an arrest.

The Austin Police Department has promoted its high clearance rate at city council meetings as a sign of its effectiveness in fighting crime. 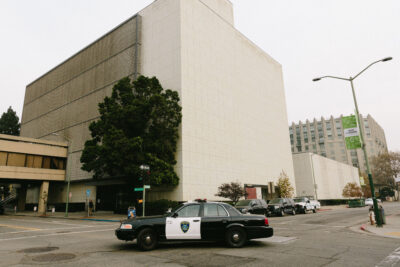 How We Analyzed Rape Clearance Rates

We hoped to uncover the arrest and exceptional clearance rates previously hidden from the public by requesting data from police internal case management systems.

But Elizabeth Donegan, who led the sex crimes unit for the department, told us that she had been pressured to change rape cases from “suspended” to exceptionally cleared.

“I think it just gives a false sense to the community that this case has been thoroughly investigated, and it’s closed,” said Donegan.

Police Chief Brian Manley has said there was a “difference of opinions on what the appropriate way to clear cases were.”

The Austin Police Department said it asked for the audit as a part of its “continued efforts towards transparency.”

Austin City Councilwoman Alison Alter said she and other city council members had asked the Austin police department about its high clearance rates back in February 2017, but weren’t satisfied with the response. Atler says she’s concerned the audit currently being conducted won’t be comprehensive enough. The audit only examines three months of cases from 2017.

“It is in the purview of the police chief to request an audit. I don’t know that it is going to provide us the insights we need to address the root of the problem,” she said.

Alter expressed concern that police appear to be blaming the victims for the high exceptional clearance rate. Manley told us that rape survivors are reluctant to report the crime and that the process “keeps many survivors from wanting to participate in the process.”

Alter said she is working with another council member on a resolution to direct a study examining where and why rape survivors decide not to pursue their cases in the Austin criminal justice system.

“For me it’s not a sufficient outcome to blame the victims for not coming forward. There is so much we create in terms of the system that makes it more challenging at one of the most challenging times of their lives,” she said.