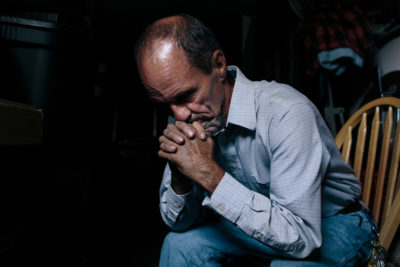 In a hearing in Baltimore City Circuit Court today, a judge threw out Demetrius Smith’s conviction for a shooting he has long insisted he did not commit and chastised the prosecutor in the case for making several misrepresentations to the court.

Judge Barry Williams said wiping the shooting conviction from Smith’s record was “in the interest of justice,” adding “there’s too much going on to leave it as is.”

Smith rejoiced that after a nine-year odyssey through the justice system, he had finally cleared his name. The conviction, he said, “shouldn’t be on my record, because I’m innocent. Period.”

Last year, ProPublica chronicled the saga of Smith, who was reluctantly pressed into what’s known as an Alford plea for a shooting in 2008.

Smith maintained he had not committed the crime, but he’d earlier been wrongfully convicted in a separate murder case and believed he might well be found guilty again. Alford pleas allow defendants to assert their innocence while accepting convictions in exchange for reduced sentences.

As part of Smith’s deal, Baltimore prosecutor Richard Gibson agreed to allow Williams full discretion over changes to Smith’s sentence. Yet when Smith pressed to undo the Alford plea last July after a key witness recanted and he was exonerated in the murder case, Gibson tried to block it, wrongly telling Williams he didn’t have the authority to change Smith’s sentence.

After our story, Gibson acknowledged his error, and Smith went back to court to seek the sentence modification that would wipe away the shooting conviction.

In 2013, a different Baltimore prosecutor had acknowledged there were “some issues with the facts” and agreed to change Smith’s 10-year sentence to time served. But with the conviction still on his record, Smith had trouble finding a job and housing. With employers, he has to “sit down and explain the whole story, and they don’t want to hear that,” he said.

Changing Smith’s sentence to what’s called probation before judgement essentially would remove the conviction, since Smith has already successfully completed probation and will not be subject to any further sentence. The shooting conviction will no longer be on his criminal record.

At the hearing today, Gibson, who is running for state’s attorney in another county, once again argued against the sentence modification, which he said wasn’t in the best interest of the community.

He also claimed that the murder and shooting cases didn’t have any detectives in common, which they did, frustrating Williams. Williams angrily scolded Gibson for making “on the fly” statements that weren’t rooted in fact.

Before Williams ruled, Smith was offered a chance to make a statement and confronted Gibson, who had also prosecuted him for the murder he didn’t commit. “I sat in prison for five years,” Smith said, and Gibson “couldn’t even look me in the face. Tell me ‘I’m sorry.’”

“Humans make mistakes,” he told Gibson. But what Smith couldn’t understand was how the prosecutor didn’t do anything about it. “This whole situation is a mess and all he had to do was say ‘sorry’ from the beginning when he knew he was wrong.”

Gibson did not respond, in court or out.