Three weeks after ProPublica published a story detailing how a Baltimore prosecutor had failed to abide by the terms of a plea agreement, the Baltimore City State’s Attorney’s Office has reversed course.

Prosecutor Rich Gibson filed a motion in Baltimore City Circuit Court last week saying he had erred and asking a judge to schedule a new hearing for Demetrius Smith. Smith had tried in July to revise a dubious plea deal by asking the judge for a sentence modification that would have essentially cleared his record. Gibson had opposed his request and wrongly claimed the judge didn’t have the power to change Smith’s sentence.

“Demetrius should not be saddled with a felony conviction, and we are grateful that the court has another opportunity to consider Demetrius's case,” Barry Pollack, Smith’s pro bono lawyer, said in an email.

Smith’s complicated ordeal began in 2010 when Gibson won a conviction against him for a murder he didn’t commit. Then, spooked by that wrongful prosecution, Smith reluctantly agreed to an Alford plea for an unrelated shooting that he also said he didn’t do. An Alford plea allows a defendant like Smith to assert his innocence while still accepting that the state has enough evidence to convict him nonetheless.

As part of the Alford plea agreement, Gibson agreed that should Smith prove his innocence in the murder case, he could go back to court to revisit the Alford plea — and, most importantly, that the judge would have sole discretion to decide Smith’s fate. In other words, Gibson agreed that as the prosecutor he was giving up the say he typically would have over changes to Smith’s deal. Smith was adamant about this aspect because he didn’t want the plea keeping him in prison if his life sentence for the murder was vacated. 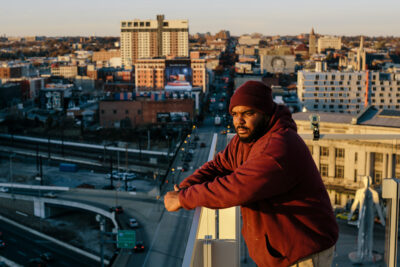 In August 2012, Smith was exonerated in the murder, for which the federal government successfully prosecuted the real killers. As a result, the state’s attorney’s office agreed to change Smith’s Alford plea sentence to time served, and conceded that there were some issues with the facts in the shooting. Smith left prison and was cleared of the murder charge but nevertheless remained convicted of the shooting, which greatly impacted his ability to live and work freely. The hearing in July was his chance to fully clear his name of that lingering felony.

But despite the terms of the plea deal, Gibson argued that Smith’s sentence could only be changed with the prosecutor’s approval, and the judge denied Smith’s request. It appeared to close all legal doors for Smith except for a pardon from the governor.

Then, on Dec. 27, after ProPublica’s lengthy story about Smith, Gibson wrote to the court and acknowledged that during the initial agreement hearing the state did “relinquish its ability to block the motion.” Therefore, he asked the court to schedule a new hearing on the sentence modification, so the “court can rule as it determines proper.”

Judge Barry Williams has scheduled a new hearing for Jan. 18.