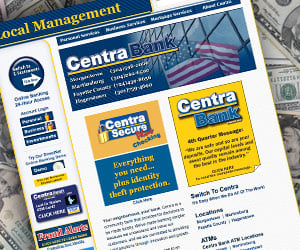 Six banks so far have returned money to the Treasury Department, and despite all being healthy enough to afford repayment, they've tended to be a pretty cross lot. Treasury and Congress changed the rules on them, they say, adding new executive compensation limits and threatening tighter restrictions. And then there's the oft-repeated refrain that banks that have taken the money have been painted with the bailout brush when they got the money under a program that was supposed to be for "healthy" banks.

But for vitriol, the CEO of West Virginia's Centra Financial Holdings takes the cake. Douglas Leech, who also founded the private bank, told the New York Times, "What they did is wrong and fundamentally un-American."

What's he talking about? When Treasury invests in banks, it buys preferred stock that pays a five percent dividend. On top of that, Treasury has been receiving stock warrants to help recoup more taxpayer money. For the most part, those warrants in public companies are "out of the money," i.e., the stock is trading below the price at which Treasury could acquire them. But that doesn't mean they're worthless, since Treasury could hold them for years, when the stock might rise high enough.

When the banks return the Treasury's money (essentially buying back the preferred stock they sold), they pay any outstanding dividends. Treasury still retains the warrants, and that's what Centra's CEO is complaining about. If the bank doesn't want Treasury to keep the warrants, it has the option of purchasing them. And that's "the equivalent of a penalty for early withdrawal."

He's not saying that Treasury's changed the rules, mind you. The terms are the same as when the banks took the bailout money. But banks large and small want Treasury to simply ditch the warrants when banks repay, the Times reports: "At a meeting last month, the chiefs of three of the largest banks separately asked Mr. Obama to direct the Treasury not to exercise the warrants."