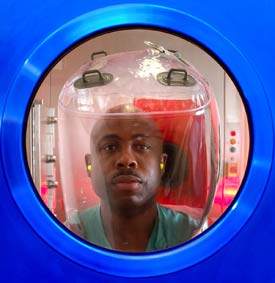 ProPublica last year reviewed the federal government’s $50 billion effort over the past seven years to prepare for a biological attack. We concluded that the government might actually have significantly increased the risk of such an attack while making only marginal progress in preparing the nation to deal with one, if it happens.

The Congressional Research Service (CRS), which provides nonpartisan analyses for Congress, has released a similar report this month that reflects the same concern about the proliferation of labs and scientists handling dangerous toxins and pathogens – such as anthrax and the Ebola virus – as a result of the explosion in federal spending on biodefense. The study was made publicly available by Secrecy News.

In laying out various reform options, CRS foreshadows the difficult political battle ahead if Congress decides to tighten what is largely a voluntary system of self-regulation of activities inside the nation’s bio-containment labs:

Oversight efforts attempt to balance security controls with research productivity, weighing the potential for an adverse event against that of scientific progress. One scientist summarized the potential trade-offs between additional oversight and scientific progress: "While, in principle, the scientific community supports measures that would reduce the threat of terrorists acquiring deadly pathogens, there also is strong opposition to measures that make it more difficult perform research."

Translation: Biodefense has become a free-wheeling cottage industry since the 2001 anthrax attacks, and any effort by Congress to impose tighter controls is likely to face stiff opposition from those who have been showered in federal biodefense dollars.

Update: This post originally failed to note that CRS has not publicly released the study. Itâs been updated to show that the report made its way into the public domain â and came to our attention â thanks to Secrecy News.

Secrecy News is a project of the Federation of American Scientists.