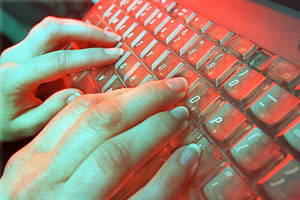 As the U.S. Chamber of Commerce and the White House are trying to minimize their differences, a brewing battle at OSHA over a workplace injury reporting rule illustrates how tough that could become given the administration's pro-labor leanings.

While bureaucratic clashes over subtle rule changes like this one are usually waged outside the public's view, they can have big ramifications for business and workers.

At issue is a regulation that would force employers to identify when a workplace-related injury or illness is considered a musculoskeletal disorder (MSD), a term broadly used to describe ailments caused by repetitive stress, like carpal tunnel syndrome or strains from frequent heavy lifting.

Figures gathered by the Bureau of Labor Statistics show that MSD-related problems accounted for nearly a third of the 1.1 million workplace injuries and illnesses in the private sector that led to days off work in 2008.

The Occupational Safety and Health Administration wants to include an additional column on the federal surveys employers are required to fill out, to identify when a worker's injury is musculoskeletal in nature. Currently, these injuries are recorded in the same category as problems like hearing loss, making it difficult for OSHA to collect accurate data. Union representatives and OSHA officials say the data could help the agency find opportunities to reduce injuries.

But business representatives, including the U.S. Chamber of Commerce, say the move is the Obama administration's first step toward developing sweeping regulation of ergonomic safety, which could cost employers millions.

The spat harks back to the final days of former President Bill Clinton's administration, when, on Nov. 13, 2000, OSHA released more than 1,600 pages of ergonomic rules that took three years to draft.

The rules covered everything from the amount of time a construction worker could spend using a jackhammer to requiring breaks for people using a computer mouse.

The Chamber and other representatives of large employers persuaded Republicans in Congress to pass riders on appropriations bills that would delay the rule's release.

When the rules were finally issued a week before Clinton left office, employer trade groups responded by persuading the Republican-controlled Congress to shoot them down with the never-before-used Congressional Review Act. ProPublica included this anecdote in its "midnight regulations" coverage.

Now the same groups are worried that with Democratic majorities in both houses of Congress, Obama might try to introduce similar rules.

"Attempts to put this recordkeeping requirement in place represent the first efforts to return to the ergonomics question," said Marc Freedman, the Chamber's director of labor law policy. "We will be very involved in this rulemaking as it goes forward. We have a history with this issue."

The Chamber held a closed-door meeting on Jan. 25 to discuss how to approach the new proposal. Freedman wouldn't reveal who attended the meeting or discuss the Chamber's plans. He said the only reason people outside the Chamber's membership even knew about the meeting is because he accidentally e-mailed an invitation to someone who shouldn't have been on the list.

The change proposed by the Obama administration is far narrower than the rules Clinton proposed at the end of his term. This one would merely provide OSHA, the public, and employers with a more accurate count of how many MSD injuries are actually occurring, OSHA officials say.

"The industry is just looking for a fight," argued Peg Seminario, director of safety and health for the AFL-CIO. "As soon as Obama was elected, it was clear that immediately there would be a war on ergonomics. This gives you a sense of how rabid they are that they don't even want these injuries identified."

Freedman countered that the Chamber is concerned about how musculoskeletal disorders will be defined and how OSHA will determine whether these injuries actually occurred inside the workplace.

"In the previous regulation, the definition of musculoskeletal was very broad," Freedman said. "That's definitely one of the reasons why the regulation was considered so offensive."

Jordan Barab, OSHA's deputy assistant secretary of labor, told ProPublica that OSHA will use a definition similar to one the Bureau of Labor Statistics has used for years to record these injuries. But the proposed OSHA definition will also include three problems that aren't on the Bureau of Labor Statistics' list -- Raynaud's phenomenon, tarsal tunnel syndrome and herniated spinal discs that aren't caused by slips, trips and falls.

The Chamber doesn't have an alternative definition in mind. Freedman said that's not the Chamber's job.

OSHA has consistently stated that workplace injuries and death are steadily declining. But in 2008, ProPublica reported that the decline is not so dramatic if incidents involving violent crime or transportation, which are actually overseen by other agencies, are removed.