In September, Chicago Police Officer John Catanzara made headlines after posting on Facebook a picture of himself, in uniform, holding an American flag and a homemade sign that read, “I stand for the anthem. I love the American flag. I support my president and the 2nd Amendment.”

He was reprimanded for violating rules that prohibit officers from making political statements while on duty. But if that discipline was intended to change his ways on social media, Catanzara instead is living up to the words he uses to describe himself on Facebook: “A give no f#$%s, say it like it is man.”

Since he was disciplined last fall, the veteran officer has remained outspoken and defiant, posting inflammatory material about women, welfare recipients and those who disagree with his politics.

He has tangled with Facebook users who question him. “Keep listening for that knock on the door,” he responded to one critic.

And, more than once, he has boasted that he will continue to avoid serious punishment. Police superintendents have twice tried to fire him, though he appealed the efforts and won.

“The police dept didn't and CAN'T fire me,” he wrote last fall, after the flag post went viral.

Now, ProPublica Illinois has learned that the city's police watchdog agency is conducting two investigations into Catanzara's social media conduct in response to allegations of verbal abuse and coercion for comments he made on Facebook and Instagram. The Civilian Office of Police Accountability, which investigates police misconduct, initiated the investigations in the days following Catanzara's flag post last year.

Catanzara, 49, already is among the most disciplined officers in the department. The 23-year veteran has been suspended seven times for a total of 111 days.

He was named in at least one earlier complaint of racial or ethnic-targeted verbal abuse, but the allegation was not sustained.

In a brief phone call, Catanzara told ProPublica Illinois he was unaware of the investigations into his social media conduct.

“Don't really care either,” he said. He hung up before addressing the complaints.

One of the new complaints was lodged by Catanzara's district commander, who alleged that Catanzara displayed “bigoted views” and “hostile remarks” on social media and sent “inappropriate emails” to the staff at Hubbard High School on the city's Southwest Side, where he worked as the school's officer.

Catanzara, assigned to the Chicago Lawn District, was removed from his position at the school after the flag post. He remains on patrol in that district, according to the police department.

“The accused officer has made posts on social media calling for the murder of college students, defamatory statements against those participating in social programs, and stated that officers should not attempt to chase offenders,” according to the allegation, made on Sept. 28. The allegation also says Catanzara made “hostile remarks against Muslims, sexist remarks about women and liberals, and remarks about Michelle Obama.”

A second complaint, reported Sept. 29, came from a woman who said Catanzara threatened her on Instagram. She reported that he wrote: “I have a hunch we might cross paths one day,” according to documents obtained under the Freedom of Information Act.

“The reporting victim stated that she believes the statement to be a threat,” the allegation states. As part of its investigation, COPA obtained screenshots of Instagram comments made under a photo of Catanzara holding the flag, records show. But COPA would not provide copies of the Facebook and Instagram screen shots because the investigations are pending.

Catanzara removed from public view the initial flag post and nearly all posts before then.

It is not known which of Catanzara's posts or comments are included in the COPA investigations.

One post, viewed by ProPublica before it was removed, showed an image of a man sweeping up trash left after last year's Women's March and the words, “Male Privilege: Cleaning up after females marching on Washington to protest male privilege.”

The police department said it does not monitor officers' social media, but it prohibits officers from posting “content that is disparaging to a person or group based on race, religion, sexual orientation, or any other protected class.” The department also prohibits “any communications that discredit or reflect poorly on the department, its missions or goals.”

The new allegations against Catanzara come as a U.S. Department of Justice investigation last year found Chicago police have faced little or no repercussions for engaging in racially discriminatory conduct, including on social media.

The Justice Department, in its report, said it had “serious concerns about the prevalence of racially discriminatory conduct by some CPD officers.”

“Some Chicago police officers expressed discriminatory views and intolerance with regard to race, religion, gender, and national origin in public social media forums, and … CPD takes insufficient steps to prevent or appropriately respond to this animus,” according to the report.

Federal authorities found that 1.3 percent of misconduct complaints alleging verbal abuse by police on the basis of race or ethnicity were upheld in recent years.

A ProPublica Illinois analysis of Chicago police misconduct complaints from the past five decades found that of 2,733 complaints coded as discriminatory verbal abuse on the basis of race or ethnicity, only 81 — or about 3 percent — were upheld.

In the cases that were sustained, officers faced little punishment. More than half of the officers received either a reprimand or a one-day suspension, records show.

We Want to Hear From You 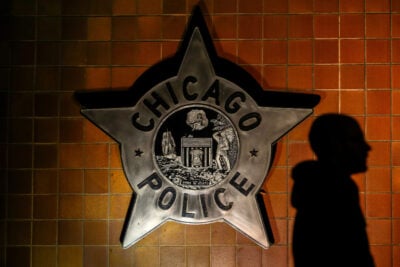 Have You Ever Filed a Complaint Against a Chicago Police Officer? Tell Us What Happened.

There may be information about your case you’re unaware of.

Only one officer has been fired for this type of discriminatory verbal abuse, the ProPublica Illinois analysis found. That officer was fired in 2003 for forwarding messages that included racial slurs, sexual innuendos and profanity, records show.

COPA recommended in November that Officer Brian Hansen be fired for breaking multiple police rules when he repeatedly posted “racially insensitive, xenophobic, Islamophobic and discriminatory” material on Facebook. He also had an “offensive decal” on his vehicle, the agency concluded.

COPA concluded that Hansen, a 25-year veteran, engaged in “reprehensible conduct” that left “no doubt … that PO Hansen cannot live out the department's mission.” The discipline recommendation is now pending before Supt. Eddie Johnson. Hansen is currently on desk duty.

A Chicago police spokesman said the department “expects its members to treat everyone with impartiality and respect regardless of their race, gender, orientation or ability both on and off-duty, including on private social media accounts.”

“We take seriously any allegations to the contrary, as such acts hurt the bonds of public trust that are necessary for public safety,” spokesman Frank Giancamilli said in a written statement. “In several instances where officers have publicly expressed their personal opinions on controversial political issues, they were met with zero tolerance.”

Police officials said there has been a decrease in complaints of racial and ethnic verbal abuse in recent years.

Catanzara's most recent troubles began in late September when he posted the flag picture days after a photo of two other police officers taking a knee went viral. At the time, NFL players were kneeling during the national anthem, a protest that began as a way to bring attention to the police treatment of minorities.

Police officials reprimanded Catanzara as well as the other two officers.

In memos to his supervisors in late September and early October, obtained by ProPublica Illinois, Catanzara said the picture and his message were patriotic, not political. In the first memo, he called himself “a proud American who was trying to unite people with the basic things that make us all American.” He also asked to be reinstated to the post at the high school, where he said he had worked for four years.

Catanzara also said he wanted to make it clear “that he will in no way accept any punishment that the department attempts to dish out without a fight.”

In a second memo, after he was issued a reprimand, Catanzara again said his statement was not political and therefore did not violate department policy. “These are tough times in America and the world and (I stand) with my president in putting American first and back on the a (sic) better track,” he wrote. “This department needs to stop backpedaling to public pressure in fear of protests from groups with narrow agendas and make a stand in support of what's right.”

Catanzara, an officer since January 1995, has been named in at least 46 misconduct complaints, records show, and has been suspended seven times.

His suspensions range from six to 30 days for complaints that include insubordination and other issues. Only seven officers who have worked in the department as long have been suspended as often.

In 2008, Catanzara was ordered fired for disobeying an order, but the Chicago Police Board found him not guilty and restored him to his position without discipline. In 2012, police officials tried to fire him for working a second job while on medical leave and providing a false statement to investigators reviewing his conduct. The Police Board instead ordered a 20-day suspension.

In addition to two ongoing investigations into his social media conduct, Catanzara also is the subject of a third investigation involving the unnecessary display of a weapon. Because the allegation involves a juvenile, COPA declined to provide additional information. That investigation has been open for more than two years.

Catanzara also has a pending complaint against an officer in his district.

Catanzara said he was not surprised that COPA had not told him about the pending investigations into his social media conduct. 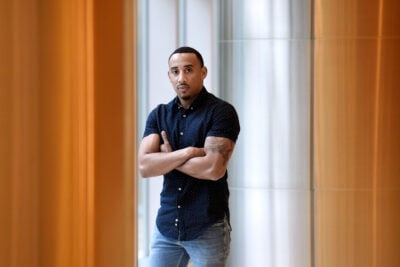 “They are backward ass,” he said. “They do everything the way they want to. It is no different than IPRA. Same stupid agency, just a different name. You can quote me on that,” he said, referring to the now-defunct city agency that COPA replaced.

After agreeing to speak with a reporter, Catanzara then abruptly ended the call, saying: “The police department doesn't want policemen to talk, so we can't give our opinions freely.”

First Amendment expert David Hudson, a Vanderbilt University law professor who has written about the issue of public employees and free speech rights, said there are many instances of police officers' social media use coming under scrutiny in recent years. He said the “line is really hazy” about what is allowed under the law.

“There are certain statements that may be problematic for officers to make. To say they can't make any political statements at all is going too far,” he said. He said police officers' speech is arguably less protected because the job requires them to serve all types of people in a community and showing a bias could hinder their ability to do that.

He said threatening comments are problematic. “You just don't do that, especially an officer. You can't be threatening people or threatening to use police resources to retaliate against people,” he said.

In a 21-minute Facebook live video in late September, Catanzara said he was “not ashamed of things I've put on my profile.”

“They might be offensive to some but the simple point is people are picking and choosing what posts they want to make offensive and some of them are really ridiculous,” he said. He said that as a police officer, his humor may be jaded, but that he makes “no excuses for my posts.”

He said his disciplinary history is the result of trumped-up charges.

“It's been all for nonsense and it is based on retaliation because I do speak out … for what I believe in,” he concluded. “And I am not stopping today.”