The form is called a DD5 – the formal write-up of investigative work done by detectives pursuing a criminal case. In the summer of 1979, Detective Jack Caracola was working the Etan Patz case, the country's most notorious missing child investigation, when he had occasion to type up a DD5 detailing his "re-interview of employees" at a bodega at 448 West Broadway in Manhattan.

Patz, 6 years old on the morning he went missing on his way to school, had often gone to the bodega with his family. Police had scoured the SoHo neighborhood and searched the bodega in the days and weeks after the boy vanished on May 25. They had found nothing. The pressure was intense. The Patz family was distraught. Parents throughout the city were shaken by the case. Detectives were hitting old spots.

The DD5 Caracola filed notes that he talked to Juan Santana, the bodega manager. Santana remembered seeing Etan on May 24, but not on the day he disappeared. Caracola then lists two other bodega employees along with their addresses and dates of birth. One is Rachael DaVilla. The other is Pedro Hernandez.

Almost 36 years later, Pedro Hernandez, 18 at the time of Patz's disappearance, is on trial for killing the boy. Out of the blue, Hernandez confessed to detectives in May 2012 that he had strangled Etan in the bodega basement in a random act of violence for which he offered no motive and next to no corroborative details. Hernandez's lawyers have argued, both before he was indicted and across weeks of trial testimony, that Hernandez is mentally ill. They say his confession is a fantasy extracted by detectives eager to solve a case that had haunted the police department for decades.

Prosecutors, for their part, have portrayed Hernandez as a manipulative murderer. He killed the boy, put him in a box and left him on the street, they claim. And then, prosecutors have argued, he left his job at the bodega and fled to New Jersey, where he lived for the next 30 years, hoping he'd never be found out.

Over several months, Hernandez's murder trial has produced dozens of witnesses, mountains of records, and hours of videotaped interrogations. Hernandez has recanted his confession. The memories of witnesses has often been hazy. Hernandez's first wife has testified that he confessed years ago to having harmed a child in New York. A former federal prosecutor has testified Hernandez is not the right man, insisting that a convicted pedophile who dated a Patz babysitter is the more likely killer.

But amid all this evidence, the slim, curious DD5 of Jack Caracola is a fascinating document. If Caracola interviewed Hernandez on July 6, it would appear to undermine the prosecution's theory of the case. Hernandez, by their telling, was supposed to have been long gone by then.

Prosecutors, confronted by the possible implications of the DD5, have maintained that it does not specifically say the detective spoke to Hernandez in person — only that he was listed as an employee who, at some point, said he never saw Etan on the morning of May 25. Defense lawyers have argued the report makes clear Hernandez was questioned.

Caracola is alive, but has not been called to testify at Hernandez's trial. Tracked down in the long run-up to the trial, he told the authorities that he had "no independent recollection of who I interviewed in the bodega on July 6, 1979." As a result, his DD5, along with two pages of additional notes, were received into evidence with the acknowledgment of the prosecution and the defense that, were he called to the stand, Caracola's recollection would not improve.

Caracola did not return a phone call from ProPublica to his home.

Jurors, who could start deliberations early next week, have been left to parse the DD5 and the notes.

The form clearly says "employees of bodega" next to the heading "subject." The notes focus mostly on Juan Santana, devoting a long paragraph to his recollections. The DD5 records Santana's date of birth, as well as the fact that a search of records has turned up no criminal history for him.

"Check on Pedro Hernandez and Rachael DaVilla reveal no record."

Hernandez's listed address, whether given to Caracola by him or Santana, is not in New Jersey, where prosecutors say he allegedly fled to.

The DD5, finally, is signed by a supervising sergeant in the missing persons bureau of the New York City Police Department. It ends with the words: "Case Active." 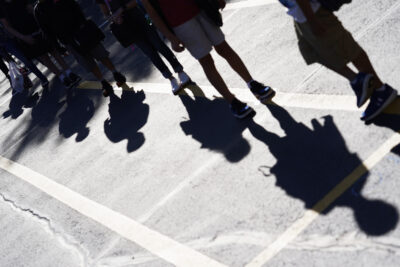 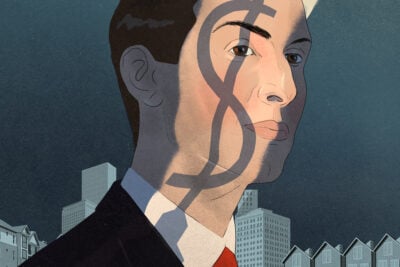