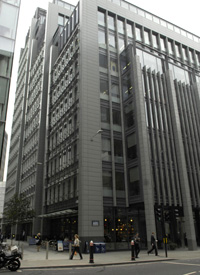 Since mid-September, the government has doled out hundreds of billions in loans. And so far, the bailout of AIG seems by far the riskiest investment.

First came the $85 billion credit line in mid-September to save the company from bankruptcy. Then came an additional $38 billion just weeks later. Last week, a government report showed that the company was burning through the cash -- it had already borrowed $90 billion.

AIG may need even more. Last week, AIG’s CEO Edward Liddy, installed as part of the government takeover, appeared on PBS’ NewsHour. Asked whether the $120 billion would be enough, he answered, "You know, I think so and I sure hope so…. [I]t's possible it may not be enough…. I think we should be OK." AIG’s former CEO Hank Greenberg, for his part, says he thinks "the taxpayers will not get all their money back."

So how is AIG burning through its billions? As the New York Times reports, some analysts look at AIG's multiplying losses with suspicion.

The big question mark remains AIG’s credit-default swap business (we wrote about that outfit a few weeks ago). The tiny AIG unit, AIG Financial Products, traded in the unregulated derivatives and thus caused the company’s downfall. Even after the government takeover, that aspect of AIG’s business remains murky, the Times reports: "No information has been supplied yet about who these counterparties are, how much collateral they have received or what additional tripwires may require even more collateral if the housing market continues to slide."

AIG’s swaps office has a reported $447 billion portfolio, which was a huge boon to the company’s profits in good times. But given the complexity and obscurity of the portfolio, it has always been a mystery how exposed AIG really is. Instead of coming clean, AIG has instead gradually admitted higher and higher losses, while stressing that such losses were only paper, theoretical losses and really weren’t as bad as they sounded. What began as a trickle last year turned into a flood this year. The latest total, in AIG’s second quarter statement, was $26 billion.

Evidence suggests that what changed wasn’t so much the market, but AIG’s accounting. An AIG accounting expert, hired specifically to watch over the Financial Products unit, testified in a letter to Congress (pdf) that he’d been blocked from inspecting the unit’s swaps portfolio. In March, the former head of that unit, Joseph Cassano, resigned after AIG announced that its auditor PricewaterhouseCoopers had identified problems in AIG’s accounting.

AIG’s next quarterly report is due next week, so we’ll see then whether the assessment of the unit’s loss has ballooned under new management.