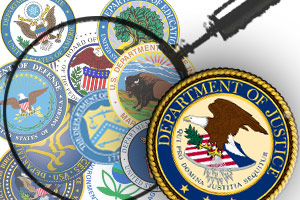 In a hearing on the Freedom of Information Act, Perrelli announced guidelines for reports that FOIA officers at each agency must send to the Department of Justice annually. The instructions go "beyond the legal requirements" of FOIA, he said. Attorney General Eric Holder mandated the reports, along with the creation of a chief FOIA officer at each agency, in March, when he introduced new FOIA guidelines (PDF) to comply with President Barack Obama's call for greater transparency. Perrelli said today that 92 of 95 federal agencies have named their FOIA officer.

FOIA chiefs will be required to report how their agencies are applying the administration's new presumption of openness. They must describe how their agencies are making their FOIA systems more efficient and working to make proactive disclosures, such as putting information online rather than forcing people to file FOIA requests. The reports must also address how they are working to reduce FOIA backlogs, which have plagued several agencies for years.

Meredith Fuchs (PDF), general counsel for the National Security Archive, which pushes for government transparency, said that the federal FOIA backlog was "substantial." According to reports on FOIA from 2008, there was a request that was 17 years old at the CIA. Four agencies had requests older than 15 years.

Also testifying at today's hearing was Miriam Nisbet (PDF), the newly named federal FOIA ombudsman at the Office of Government Information Services. Her office, which was created by the OPEN Government Act of 2007 and is part of the National Archives and Records Administration, will review agencies' compliance with FOIA. It will also use mediation services to resolve disputes between requesters and agencies, she said, and develop an online dispute resolution system, "which holds great potential to process a high volume of cases."

Tom Curley (PDF), president and chief executive of the Associated Press, urged the committee to rein in use of so-called B3 exemptions, which allow federal agencies to withhold information under other statutes like the Watermelon Research and Promotion Act, which protects information about watermelon growers from disclosure.