Prohibited from regulating hydraulic fracturing under the Safe Drinking Water Act, the EPA took to the air yesterday, proposing federal regulations to reduce smog-forming pollutants released by the fast-spreading approach to gas drilling.

If approved as currently written, the rules would amount to the first national standards for fracking of any kind, the EPA said. The agency sets guidelines when companies inject fluids underground for various purposes, but in 2005 Congress prohibited the EPA from doing so for fracking. Regulation has been left to the states, some of which compel companies to report what chemicals they use and have imposed tougher well-design standards.

The new EPA proposal would limit emissions released during many stages of natural gas production and development but explicitly targets the volatile organic compounds released in large quantities when wells are fracked. Drillers would have to use equipment that captures these gases, reducing emissions by nearly 95 percent, the EPA said.

Environmentalists said the proposed rules represent an important step by federal regulators amid a growing controversy over fracking's safety.

"The EPA has a terrific opportunity here to provide the public with some assurance that the industry has to meet certain performance standards that are protective of public health," said Ram

ón Alvarez, a senior scientist with the Environmental Defense Fund in Texas.

The American Petroleum Institute, the country's main oil and gas lobbying group, has requested that the EPA delay finalizing the rules for at least six months beyond the current February 2012 deadline. Asked to comment on the proposal's likely effects, API spokesman Reid Porter said only that the organization was reviewing it.

The Marcellus Shale Coalition, a group representing gas drillers in the Northeast, issued a statement criticizing the proposed regulations, saying they would "undercut" gas production.

The EPA contends that the measure would actually be a moneymaker for drilling companies. Though it might compel them to invest in new equipment, this equipment would allow them to capture methane gas currently lost in the drilling process, which they could then sell.

The EPA proposal is the result of a successful 2009 lawsuit brought against the agency by WildEarth Guardians and another advocacy group alleging that the agency had not updated air-quality rules as required. The EPA is supposed to review such rules at least every eight years, but in some cases it had not done so for 10 years or more.

While the rules affect the oil and gas industry as a whole, growing awareness about environmental and health risks associated with fracking seems to have played a role in their formulation.

During an interview at the Aspen Ideas Festival in June, EPA Administrator Lisa Jackson called natural gas a critical bridge fuel to a lower carbon future but acknowledged that drilling had led to poor air quality in some areas. Smog was worsening in rural communities where drilling had increased sharply, she said, and the agency was concerned that without better regulation those problems would grow.

"People's health will be affected," Jackson said, adding that the EPA was developing rules

—the ones announced yesterday—to address this issue.

Hydraulic fracturing is a major source of emissions because when fluids used to frack a well return to the surface, they carry gases that can be vented into the air, said Jeremy Nichols, the climate and energy program director for WildEarth Guardians.

"Just imagine opening a bottle of soda," he said.

Instead of carbon dioxide, in fracking's case the soda can contain methane, volatile organic compounds and toxic chemicals such as benzene, which generally spray into the environment. Some areas in the West, where emissions from drilling are particularly high, no longer meet federal air quality standards.

The EPA proposal also calls for reducing emissions of toxic chemicals, such as cancer-causing benzene, produced by processing, transmitting and storing natural gas. An exemption in the Clean Air Act prohibits the EPA from requiring similar reductions for fracking. Nevertheless, the agency said that a byproduct of new limits on volatile organic compounds produced by fracking would be reductions in other emissions.

Some environmentalists said they were disappointed that the proposed rules do not target methane, a potent greenhouse gas that is also the primary ingredient of natural gas. The oil and gas sector accounts for nearly 40 percent of all methane emissions nationwide, according to the EPA.

While the EPA said such emissions would be reduced by one-quarter as a result of new limits on the release of other gases, Alvarez said greater cuts would have been possible if methane reductions had been mandated.

The EPA issued its emissions-reduction proposal soon after saying it would not meet a July 29 deadline for tougher national ozone standards.

Doing one without the other may not be enough to improve air quality in busy drilling areas such as Wyoming's Upper Green River Basin, Nichols said.

"That's a hard realization that's going to sink in," he said. "We're definitely going to be able to take a bite out of it through some of the standards that are coming on line, but we're going to reach a point where something else needs to be done." 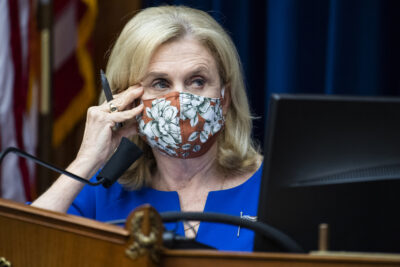