Former New Orleans Police Department Lt. Michael Lohman today pleaded guilty to a single count of conspiring to obstruct justice, in connection with one of a string of violent encounters between police and civilians in the aftermath of Hurricane Katrina in 2005. Police shot at least 10 people during the week after the storm made landfall. (We have been investigating the shootings, along with our partners the New Orleans Times-Picayune and PBS "Frontline.")

Lohman's guilty plea stems from the so-called Danziger Bridge incident of Sept. 4, 2005. Responding to an emergency call that day, New Orleans police officers shot six citizens -- killing two -- on and around the span.

The Times-Picayune has been covering the Danziger Bridge shootings from the start and it has the latest.

Lohman helped orchestrate the police's investigation of the shooting, a probe portrayed in the bill of information as an attempted cover-up. The former lieutenant was involved in planting a handgun at the scene, drafted phony police reports, and lied to federal agents, according the court document. (The New York Times has good details on the alleged cover-up. And we at ProPublica have posted the bill of information in our easy-to-read document viewer.)

Lohman's plea is the clearest indicator yet that the federal government -- which for more than a year now has been investigating the New Orleans Police Department's actions in the aftermath of Hurricane Katrina -- is mounting a two-pronged probe: federal prosecutors and the FBI are scrutinizing incidents in which police shot civilians in the chaotic days after the storm, as well as the alleged efforts of other officers to cover-up those shootings.

Defense attorneys familiar with the widening federal probe say the Justice Department is looking at the death of Henry Glover as a possible cover-up, as well. Glover was shot on Sept. 2. 2005 -- possibly by NOPD officer David Warren -- and died, according to three witnesses, at a makeshift police compound in the Algiers section of New Orleans. His charred remains were later discovered in an incinerated car dumped on a Mississippi River levee.

Federal agents began examining Glover's death after ProPublica, in conjunction with The Nation magazine, reported on the case in late 2008.

In recent weeks, the Justice Department has begun looking at three other post-Katrina incidents -- the shootings of Danny Brumfield, Matthew McDonald and Keenon McCann, all of whom were shot by NOPD officers in the week after the hurricane made landfall. Brumfield and McDonald died; McCann was injured but survived to file a lawsuit against the police department. He was shot to death by an unknown assailant in 2008 while the suit was pending.

The NOPD, like most police departments, conducts an investigation every time an officer opens fire on a citizen -- the goal is to make sure the shooting was proper and justified. As a general rule, officers are allowed to use deadly force only when confronted by a person posing a physical threat, either to the officer or another civilian.

However, a joint effort by reporters with ProPublica, the New Orleans Times-Picayune and PBS “Frontline" found that NOPD investigators did little to determine whether officers acted appropriately when they shot Brumfield, McDonald and McCann. NOPD detectives collected little physical evidence, spoke to few civilian witnesses, and conducted brief interviews -- ranging from seven to 12 minutes -- with the officers involved in the shootings.

America’s Top 15 Earners and What They Reveal About the U.S. Tax System 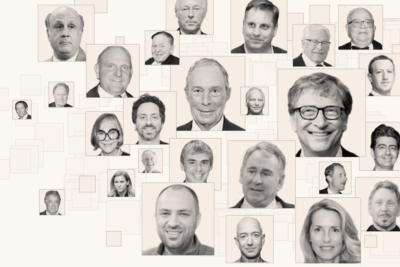