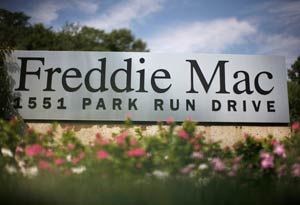 It’s hard to overstate the size of Fannie Mae and Freddie Mac’s lobbying machine before they collapsed into government hands. Taken together, Fannie Mae and Freddie spent $174 million on lobbying since 1998; only the U.S. Chamber of Commerce and the American Medical Association spent more in that time. They spent millions more on campaign contributions.

But that only captures part of the effort. Working off of Freddie Mac’s internal documents, the AP reports on the true scope of Freddie’s effort to stymie efforts at greater regulation. In 2006 alone, Freddie paid $11.7 million to 52 outside lobbyists and consultants. (Federal lobbying laws don’t require consultants or even all lobbyists to register, so many of these were never disclosed.)

The documents show that "17 of the lobbying firms and consultants paid in 2006 were specifically directed to focus on Republicans and four on Democrats, with varying targets for the rest." With Democrats largely opposed to Republican efforts to crack down on the government sponsored enterprises, winning Republican friends was key.

It was a wide-ranging effort, the AP reports: In 2005, the company hired Republican consultant/wordsmith Frank Luntz. It’s not clear what the coiner of "death tax" and "climate change" coined for Freddie. In 2006, Freddie paid former Justice Department official Viet Dinh $300,000 to write "a legal analysis of private property rights that viewed a hypothetical government-enforced sale of Freddie Mac assets as constitutionally suspect." Former Speaker Newt Gingrich also got $300,000 to espouse the benefits of Freddie’s business model.

The lobbying effort had bipartisan appeal, to be sure. In 2005, two lawmakers, Ex-Rep. Bob Ney (R-OH) and Rep. Paul Kanjorski (D-PA) got seats near the dugout for the Washington Nationals’ home opener – right next to Freddie’s CEO and four lobbyists. Ney was recently released from prison after serving a sentence for accepting bribes from lobbyist Jack Abramoff. Kanjorski declined to comment to the AP.