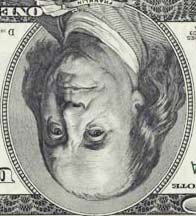 The IRS allows tax preparers who have been penalized or sentenced in a criminal proceeding for tax shelter violations to still represent taxpayers before the IRS. So says a report released today by the Treasury's inspector general for tax administration.

U.S. taxpayers have more than $1 trillion held offshore, illegally evading $40 to $70 billion in annual taxes, according to a 2006 Senate report.

And according to a second report released today by the inspector general, the IRS can’t even determine how many complaints against paid tax preparers it receives nor identify preparers on whom multiple complaints have been filed.

The IRS does track some complaints filed by taxpayers against tax practitioners including certified public accountants, attorneys and enrolled agents. Complaints against unlicensed and uncertified preparers are not tracked.

The IRS also does not regulate all tax preparers, only those that represent taxpayers before the IRS, which must be CPAs, attorneys or enrolled agents. Those preparers are regulated by the IRS's Office of Professional Responsibility.

The inspector general analyzed three fiscal years' worth of data and found that of 1,175 tax preparers, just 280 fell under IRS oversight. For nearly half of those, the OPR did stop them from representing taxpayers. But the rest, who were fined a total of about $3.2 million, continued to represent more than 8,000 taxpayers before the IRS.

Both the OPR director and the IRS deputy commissioner for service and enforcement agreed with the inspector general’s findings and submitted plans for improving their systems.