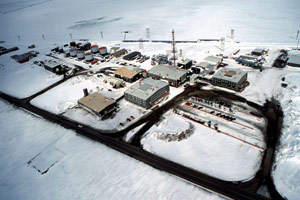 Six years after a scathing 2001 internal review of BP's Alaska operations found that the company wasn't maintaining safety equipment and faced "a fundamental lack of trust" among workers, a follow-up study concluded BP had made little headway in addressing those concerns.

The 2007 review, obtained by ProPublica, is based on a survey of more than 400 BP workers and contractors across Alaska greater Prudhoe Bay drilling fields. Three of four workers surveyed said that BP's maintenance program was still not aligned with BP's business priorities. Workers said that while BP had chipped away at communication and training concerns, it had not reduced maintenance backlogs of key equipment.

Those findings take on new significance as Congress hears testimony from BP executives about what the company has done to improve its safety record and address a litany of operations failures over the last 10 years. In testimony yesterday, BP CEO Tony Hayward said that he had made significant changes in the company since taking the reins in 2007 and that he had focused on safety "like a laser."

The conclusions of the report were crystallized in two PowerPoint slides and a series of graphics that were given to ProPublica by a former senior BP manager. Their validity was confirmed by Marc Kovac, a current BP employee who was part of the original 2001 review team and helped conduct the 2007 follow-up and presented the data to senior management.

Nearly 80 percent of the workers interviewed for the 2007 study said that gas and fire detection systems -- perhaps the most important equipment to saving lives and among the most critical in preventing an environmental disaster -- were either not functioning or were obsolete.

"We found that 50 percent of everything that was originally brought up was not fixed, it was ignored," said Kovac. "BP plays the time game. People forget and they know that. So as long as they file reports and do investigations and produce paperwork, they know that people will eventually go on with their business."

Last week ProPublica disclosed that a series of internal BP investigations, including the 2001 Operational Integrity Review, had found that the company valued production and profits ahead of safety and maintenance. The reports, combined with internal e-mails obtained by ProPublica and several external government reviews of the company, showed that over a period of more than 10 years BP had allowed conditions of facilities to deteriorate in order to save money, and that it retaliated against workers who raised concerns about them.

The disclosure of the 2007 follow-up to that report stands in contrast to BP's public statements from 2001 to 2007, which asserted the company had learned from its mistakes in Alaska and seized the opportunity to change.

BP did not respond to requests for comment for this article, but in a statement made in early June about the apparent pattern of recurring issues at BP operations since 2001, BP spokesman Toby Odone told ProPublica that the "premise about continuing worker safety complaints is essentially groundless."