When the New Jersey Board of Public Utilities approved $300 million in subsidies last month for nuclear plants operated by the energy company PSEG, it wasn’t a surprise. The company had pumped millions into lobbying, and it threatened to close the facilities, which are seen as a vital  piece of the state’s clean energy agenda.

But some of the board members who voted for subsidies had openly questioned the need for them, echoing concerns expressed by the board’s staff and objections raised by utility watchdogs.

Now, the unusual circumstances around the vote are the basis of a legal challenge by the state-appointed utility advocate, who says the subsidies — and the surcharge financing them — should be cut off.

In an appeal filed on Wednesday in state court, Stefanie Brand, the state’s rate counsel, said that by ignoring its own staff experts and providing little basis for the amount of the surcharge, the board had violated the law.

“It’s very unusual and inconsistent with the statute,” Brand said.

But will that argument persuade a court?

“It’s hard, in general, to beat regulators at their own game,” said Ari Peskoe, a lawyer and director of the Electricity Law Initiative at the Harvard Law School.

Any party to a matter before the Board of Public Utilities can appeal a decision. And the Division of Rate Counsel, which by law represents the public in these matters, periodically does.

But it loses more than it wins. Of the 11 cases appealed by Brand’s office since she took over in 2007, three were sent back to the board, according to a ProPublica review of the opinions in the appeals. Seven cases were affirmed in whole or in part, and one case was dismissed, according to the opinions, which are published on a site maintained by Rutgers Law School.

That record suggests that it is difficult to convince the courts that the BPU has acted improperly.

“We don’t win them all, but we’ve won some significant ones,” Brand said. “We win some, we lose some.”

Among the wins was a 2011 decision that found the BPU failed to provide adequate notice for public comment before making a decision that could have put ratepayers on the hook for a $50 million increase in energy costs. Another decision in 2017 found that a change to how utilities calculate tax savings should have been done through the formal rule-making process rather than decided by the board’s discretion. 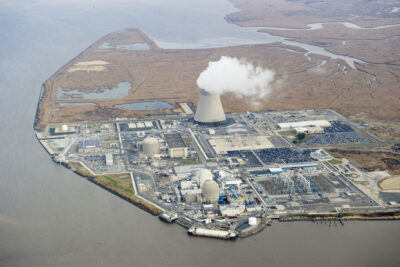 Those sorts of wins are typical, experts and former regulators said, as they hinge on procedural missteps or issues that could have ramifications in the future.The initial filing over the nuclear subsidy only offers broad strokes of Brand’s argument, so until her office files briefs in case, it will be difficult to gauge the appeal’s chances of success.

“The significant thing about this filing is the rate counsel was given this on a silver platter on why these subsidies are unwarranted,” said Doug O’Malley, director of Environment New Jersey. “It’s not a surprise that she’d be filing an appeal. I think the surprise is the ratepayer has such a strong case.”

The appeal focuses on four issues: the staff findings that PSEG didn’t meet the criteria for the subsidy; the board’s dismissal of those findings; the lack of reasoning for setting the subsidy rate at $0.004 per kilowatt hour, which was calculated to provide a total subsidy of $300 milion; and whether the amount of the subsidy represented clean-energy benefits as legislators claimed.

PSEG’s Hope Creek and Salem plants in Salem County make up the second-largest nuclear facility in the United States, and they serve as an economic anchor for the area, which is represented by New Jersey’s most powerful legislator, Senate President Stephen Sweeney. New Jersey passed its nuclear subsidy last year after intense lobbying by PSEG, which spent nearly $4 million in 2017 and 2018 on the effort.

Similar measures that offer incentives for nuclear plants to stay open after the companies have threatened to close them survived challenges in federal court. This month, Pennsylvania legislators said they didn’t have the support to bring the proposed subsidy bill to a vote, prompting Exelon to announce plans to close Three Mile Island nuclear plant in September.

Since the debate over the New Jersey measure began in 2017, Brand has questioned how legislators came up with the amount of the subsidy. In the lead-up to the BPU’s vote last month, Sen. Bob Smith, D-Middlesex, a sponsor of the bill, told The Star-Ledger that PSEG CEO Ralph Izzo convinced him $300 million was the right amount for the subsidy.

“The normal process doesn’t always work,” Smith told the paper. “There are some issues with the BPU.”

At the board meeting last month, BPU staff and an independent consultant reported that PSEG was including some ineligible costs and inflating others in an attempt to satisfy the statute’s requirements, but they said that the facilities were not actually in danger of closing.

Peter Peretzman, a spokesman for the board, declined to answer any questions about Wednesday’s filing, saying that the board does not comment on pending litigation.

PSEG spokesman Michael Jennings said the company showed its plants “fully met the criteria” for the subsidies, which were subject to “extensive public discussions.”

“We believe the BPU’s decision was proper,” he said.

At least in the near term, the legal proceedings will change nothing for New Jersey customers.

The surcharge went into effect last month, adding an estimated $35 to $45 annually for the typical residential customer and, on average, $570,000 for large commercial customers, according to Brand. All New Jersey electricity customers pay the surcharge, no matter what company provides their power.

The subsidies are paid each summer, Brand said. So PSEG will receive a prorated payment this year, but the next payment wouldn’t come until 2020. Brand said she hopes that the panel of judges hearing the appeal will rule before then.

While the run-up to the BPU vote was marked by full-page newspaper ads and stories in local media, the only indication that customers were subsidizing PSEG’s nuclear plants was, for some, a note on the top corner of their latest bills.

Do you have information about environmental issues in New Jersey that should be public? Email [email protected]. Here’s how to send tips and documents to ProPublica securely.

For more coverage, read ProPublica's previous reporting on the environment.