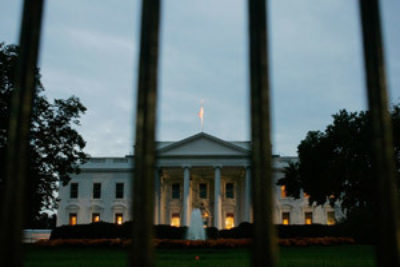 The Obama administration has asked for a fresh review of an Alabama federal inmate's commutation request and directed the Justice Department to conduct its first ever in-depth analysis of recommendations for presidential pardons, according to several officials and individuals involved.

The Office of Pardon Attorney has been at the center of growing controversy since December, when stories published by ProPublica and The Washington Post revealed a racial disparity in pardons. White applicants were four times more likely to receive presidential mercy than minorities. African Americans had the least chance of success.

A subsequent story published in May recounted the saga of Clarence Aaron, a first-time offender sentenced in 1993 to three life terms in prison for his role in a drug conspiracy. In 2008, the pardon attorney recommended that President George W. Bush deny Aaron's request for a commutation even though his application had the support of the prosecutor's office that tried him and the judge who sentenced him. The pardon attorney, Ronald L. Rodgers, did not fully disclose that information to the White House.

The handling of Aaron's case prompted widespread criticism that the pardon office-- which has rejected applications at an unprecedented pace under Rodgers--is not giving clemency requests proper consideration.

Aaron filed a new commutation request in 2010, which is pending. In the past two months, his cause has been taken up by members of Congress, law professors and prominent civil rights advocates, many of whom have called for a broader investigation of the pardon process.

Since 2008, more than 7,000 applications for commutations have been denied, more than 22 times the total rejected in President Ronald Reagan's two terms. Obama has commuted the sentence of just one person.

Recent presidents also have granted fewer pardons than their predecessors. Bush granted 189 during his two-term presidency, less than half the number pardoned by President Bill Clinton. So far, Obama has pardoned 22 individuals.

Advisers to the president said they expect that number to rise significantly whether or not he is elected to a second term.

"There will be 76 days between the election and inauguration for the president to exercise his power," said an official who spoke on condition of anonymity because the official was not authorized to speak publicly.

Officials said there has been growing interest inside the White House for reforming the pardon process, specifically how recommendations are made to the president.

White House spokesman Matt Lehrich would not comment on the status of Aaron's petition, saying the administration did not discuss individual cases. The Justice Department also had no comment on Aaron's request.

But two individuals involved in the case said the White House had asked the Justice Department for a new review in recent weeks.

The assessment is being conducted by Helen M. Bollwerk, the deputy pardon attorney. Rodgers will take no part in the case this time around, according to a participant involved in the case.

When Rodgers recommended a denial in 2008, the Bush administration was unaware of the level of support Aaron had, according to a former Bush White House lawyer who handled pardon requests. That is no longer case.

"The arguments for clemency have all been well made and the White House knows those facts," said Margaret Love, a former pardon attorney in Washington who is representing Aaron for free. Love said she, Aaron's family and community leaders in his hometown of Mobile, Ala., have developed a "reentry plan," should Aaron be released soon.

"He has a job waiting for him and he will have real help integrating back into his community," Love said.

In Obama's first year in office, then-White House Counsel Gregory B. Craig led an internal effort to create a bipartisan commission, akin to a parole board, that would operate outside the Justice Department and include a wide array of stakeholders.

Craig's idea foundered after he departed the job at the end of 2009, but other advisers are taking an interest, including deputy White House counsel Caroline Cheng, Tonya Robinson, a special assistant to the president on justice issues, and Brian Levine who serves as Vice President Joe Biden's domestic policy adviser.

The White House asked the Justice Department in January to have the Bureau of Justice Statistics conduct a review, another shift in the administration's approach to pardons.

"We are now getting in place the framework for a comprehensive, independent study," said Wyn Hornbuckle, a Justice Department spokesman. The department's Bureau of Justice Statistics will contract with an independent firm to conduct the pardons study, Hornbuckle said, which "will examine how petitions for pardon are adjudicated and whether any discernible bias exists."

Last month, a group of prominent law professors wrote to Sen. Patrick J. Leahy, D-Vt., the chairman of the Senate Judiciary Committee, calling on Congress to "examine the Office of the Pardon Attorney's conduct with regard to applicants for sentence commutations."

It was the fourth such request to a congressional committee since the story on Aaron's commutation case. Without a presidential commutation, Aaron, 43, who has spent almost 20 years incarcerated, will die in prison.

“These legal experts see exactly what we see: a pardon attorney’s office that is failing to provide the president with the unbiased information he needs to fulfill his constitutional clemency power fully and fairly,” said Julie Stewart, president of Families Against Mandatory Minimums, a nonpartisan Washington group which has advocated successfully on behalf of clemency applicants.

Hornbuckle said the Attorney General has full confidence in Rodgers and the work of the pardon office.

But two government officials disputed that assertion, saying they were told that the White House and leaders within the Justice Department had lost confidence in Rodgers and were seeking a replacement. The officials said the search is preliminary and focused on internal candidates. Both spoke on the condition of anonymity because the job is not vacant.

Rodgers, through Justice Department spokesmen, has refused requests for an interview.