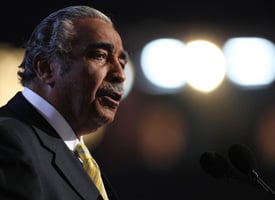 As House Republicans call for Speaker Nancy Pelosi (D-CA) to remove Rep. Charlie Rangel (D-NY) from his perch atop the House panel that oversees tax policy, Rangel will hold a news conference tomorrow to announce that he’s filing amended tax returns to reflect $75,000 in previously unreported rental income on his vacation villa.

The New York Post first reported the omission two weeks ago. It also turned out that Rangel hadn’t paid interest on the mortgage he used to buy the villa. The loan came from the development company that owns the resort in the Dominican Republic; Theodore Kheel, a major campaign contributor to Rangel, is a principal investor in the company.

Rangel also plans to request ($) that the House ethics committee investigate his failure to report the income.

It’s been a bit difficult keeping track of Rep. Charlie Rangel’s (D-NY) myriad ethics issues lately, and this would make the third ethics investigation started in the past two months.

The first stems from a New York Timespiece on Rangel’s four rent-stabilized apartments – one of which he used as a campaign office, allegedly against city and state regulations. The second stems from Rangel’s fundraising for the Charles B. Rangel Center for Public Service at the City College of New York. Rangel allegedly broke ethics rules by using House stationary to solicit corporate donations for the center. Rangel formally asked the House ethics committee to look into those issues in July.