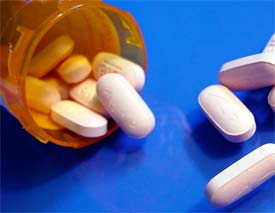 Millions of Americans enroll in clinical trials for experimental drugs and medical devices every year, essentially putting their well-being in the hands of the medical boards that oversee them. But two recent reports raise troubling concerns about these institutional review boards, or IRBs, and point to gaps in federal oversight.

A study conducted by three Harvard Medical School professors and published in the current issue of Academic Medicine surveyed IRB chairs at the nation’s most research-intensive medical schools and hospitals about their policies regarding IRB members’ financial ties to the medical industry.

Even though IRB members "frequently have relationships with industry," a full one-third of IRB chairs surveyed said their board didn’t require voting members to disclose those relationships. (Financial conflicts of interest can run the gamut from receiving speaking fees or royalties from a pharmaceutical company to a seat on a company’s scientific advisory board or the board of directors.)

And even though every IRB chair surveyed said that no one on his board had ever voted on a trial in which he had a conflicting interest, a companion survey of IRB members, conducted at the same schools and hospitals, tells a different story. Of the voting members who had had at least one conflict of interest in the previous year, only 65 percent said they had recused themselves every time. This suggests that IRB chairs are often ignorant of members’ conflicts. The surveys were conducted in 2005, but the report’s authors think the results remain cause for concern.

Sen. Chuck Grassley (R-IA), who has been a prominent advocate for the disclosure of doctor-industry ties, told ProPublica, "People have to trust that decisions about clinical trials are unbiased, and this study calls that into question. Lack of disclosure of financial ties can damage confidence in important medical research. Disclosure policies ought to be established and enforced to safeguard the integrity of that research because of its tremendous influence on the practice of medicine and public health."

Dr. Robert Rich, dean of the University of Alabama at Birmingham School of Medicine, was surprised by the study’s findings. "One of the things that is central to the ethical conduct of research is the disclosure of real or perceived or potential conflicts of interest not only for people conducting the research but for those overseeing it," he said. "It doesn’t seem like a very controversial issue, that IRB members should make disclosures," he added.

Rich co-chaired a joint Association of American Medical Colleges-Association of American Universities advisory committee in February 2008 that recommended (PDF) IRB members be required to report all financial conflicts of interest in the same way that the researchers conducting the trials do: upon their initial appointment and once a year after that.

But current Department of Health and Human Services regulations say only that an IRB member cannot participate in the board’s review of any project in which he has "a conflicting interest." This policy is vague and incomplete, the study suggests. What constitutes a meaningful conflict of interest? And how can an IRB deal with one if the member isn’t required to disclose it?

Meanwhile, a new breed of IRB has been cropping up in the past decade or so: for-profit IRBs that aren’t affiliated with any academic institution. An HHS inspector general’s report (PDF) raised concerns about these IRBs in 1998, pointing to the potential for trial sponsors to shop around until they find an IRB that is "accommodating." Last week, the Government Accountability Office released a report on independent IRBs that did little to assuage those fears.

GAO investigators created phony IRBs (PDF), which they were successfully able to register with HHS using no more than an online registration form. One such company listed its address as "1234 Phulovit Lane" in "Chetesville, AZ" with employees named "April Phuls, Timothy Wittless, (and) Alan Ruse." (You can still find its deactivated listing on HHS’s Web site.)

HHS then approved an assurance for a bogus medical device company, also created by GAO, which listed one of GAO’s fake IRBs on its application. An assurance basically promises that the company will adhere to federal standards and, once approved, paves the way for that company to request federal research funds. According to GAO, "By approving our assurance application, HHS essentially deemed our bogus IRB as adequate to oversee human subjects research."

But GAO’s pièce de résistance was a sting operation involving real IRBs. GAO’s medical device company sent out plans for a fake trial to three real IRBs. Two of them responded with cries of "awful," "a piece of junk" and the "riskiest thing I’ve ever seen on this board." But the third IRB, now identified as Colorado-based Coast IRB, found it "probably pretty safe" and voted unanimously to approve it.

(Coast subsequently released a statement saying, "We now see vulnerabilities in a system we thought (was) well protected by virtue of the professional credentials of the distinguished men and women who serve on our review board. We were mistaken despite the best of intentions and are fast at work reforming every aspect of our review system.")

A House Energy and Commerce subcommittee held a hearing on the report last week at which Chair Bart Stupak (D-MI) said, "GAO’s findings raise serious questions not only about the specific IRB involved in this investigation, but with the entire system for approving experimental testing on human beings."

HHS did not return our calls, but Jerry Menikoff, director of the Office for Human Research Protections, which oversees IRBs along with the Food and Drug Administration, said at the hearing: "By registering an IRB, the government, the federal government is in no way endorsing that IRB or in any way saying that that IRB meets any standards."