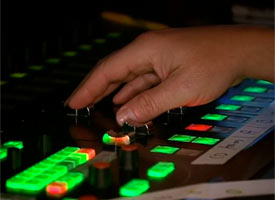 Earlier this month, we reportedthat the Voice of America (VOA) was planning to cut seven radio language services. The cuts came partly as a result of the administration's emphasis on broadcasting to the Muslim world. ProPublica has published tworeports on turmoil and waste at Alhurra, the U.S. government-funded Arabic television news channel.

Now the Senate panel that oversees its funding has recommended reinstating funding for the affected services -- though the move seems unlikely to prevent the cuts. (Gridlock in Congress has delayed action on most, if not all, spending bills for 2009 until the next administration.) The committee also suggests trimming $8.4 million from the administration's $112.4 million budget request for the Middle East Broadcast Networks, the parent company to Alhurra.

The cuts are planned to take effect Sept. 30. David Carle, a spokesman for Sen. Patrick Leahy (D-VT), the chairman of the appropriations subcommittee that oversees funding for the Broadcasting Board of Governors, said that "the committee does not support zeroing out these programs," but that its spending bill "will not become law for some time yet."

The committee specifically raised concern about VOA's plans to cut its radio and TV services to Russia, "where freedom of speech remains restricted and broadcasting is still necessary." The VOA also plans to cut radio broadcasts in Ukrainian, Serbian, Hindi, Macedonian, Bosnian and Georgian.

Tim Shamble, the union representative for VOA employees, said that it would be "very difficult" to get the services up and running again after being shut down. "If you're off the air for any period of time, you lose your audience."