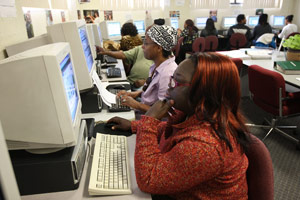 Stimulus spending has reached roughly $327 billion, according to the latest numbers from Recovery.gov, released on March 26. That number includes $208 billion in spending and an estimated $119 billion in tax cuts. Overall, just under 41 percent of the roughly $800 billion stimulus package has entered the economy.

You can track stimulus spending by agency on our interactive Stimulus Progress Bar. You can also see how fast that money is moving out the door, by checking out our Stimulus Speed Chart.