Sebastian Jones was an intern at ProPublica. He has written for The Nation and contributed to the websites of Harperâs and The American Prospect. 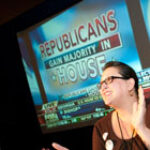 The business-friendly New Democrat Coalition will likely lose a third of its members when the last votes are finally tallied. 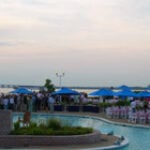 Investigations You Need to Read: Tuesday, May 18

Investigations You Need To Read: Tuesday

Investigations You Need to Read: Wednesday

Investigations You Need to Read: Tuesday

Tracing who gave money to candidates to attend the Springsteen fundraisers is nearly impossible, even with open campaign finance records, calling into question part of the Supreme Court’s rationale in ending corporate election spending limits.

Over 47 percent of the roughly $800 billion federal stimulus package is now out the door, according to government figures. With a recent adjustment in the government's tax-cut numbers, a total of $378 billion of the stimulus money has now moved into the economy.

The latest figures from Recovery.gov show that about $210 billion in stimulus spending and $119 billion in tax cuts have entered the economy. In total, that's just over 41 percent of the nearly $800 billion stimulus package.

Stimulus Spending Update: Nearly 41% of Funds Out the Door

Roughly $327 billion in stimulus money has now entered the economy, according to the latest figures on Recovery.gov. That's just under 41 percent of the nearly $800 billion total in the Recovery Act package.

$321 Billion in Stimulus Funding is Out the Door

With Travel Expenses, Some in Congress Keep the Change