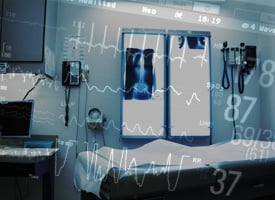 For years, doctors and researchers have found that African-Americans with heart disease tend to receive lower-quality care, part of a larger problem of health disparities (PDF) in America.

Racial segregation may account for some of those differences, according to an article published on the Health Affairs Web site yesterday by researchers at the University of Iowa and the Iowa City Veterans Affairs Medical Center.

In communities where blacks and whites lived more separately from one another or tended to seek care at separate hospitals, African-American Medicare patients suffering from heart attacks were more likely than white Medicare patients to be admitted to hospitals with higher-than-average mortality rates for heart attacks. That was true even among patients who lived closest to a hospital with a better survival rate -- a surprising finding because heart attack patients are often advised to rush to the nearest hospital.

The researchers included more than 100 health care markets in their study and used statistics to control for numerous factors that could have biased the results.

Many hospitals were officially off limits to African-American patients until the late 1960s, and the hospitals where they could seek care tended to be of lower quality. "For some of these elderly Medicare beneficiaries, living in a world where they saw signs saying 'no blacks allowed,' that's not too far away for them," lead author Dr. Mary Vaughan Sarrazin pointed out in an interview with ProPublica. "It's quite possible, based on that experience, they're just not comfortable going to another hospital."

"We need to look more at these structural factors that are built into our society because of racism," Dr. Somnath Saha, an associate professor of medicine at Oregon Health and Science University who studies racial disparities in health care but wasn't involved in the current investigation, told ProPublica. "This study shows we can't ignore those factors anymore."