Update, Dec. 8, 2015: This story has been updated to include a response from DBA International, the debt buyers’ trade group.

The changes address many of the issues raised in an investigation by ProPublica in October that found such lawsuits were far more prevalent in mostly black neighborhoods than mostly white ones. With court judgments in hand, collectors can seize up to a quarter of debtors’ take-home pay.

Koster’s recommendations are not limited to black defendants. But in laying out his reforms, he cited ProPublica’s reporting and said restricting abusive practices would be especially beneficial to minority communities.

“I believe these reforms would also serve as an important step toward eliminating the disparate impact of debt-collection litigation on minorities who become targets of such litigation,” Koster said in a press release.

Koster’s proposed the rule changes in a letter to the Missouri Supreme Court’s Commission on Racial and Ethnic Fairness. The commission was formed two months ago to investigate multiple parts of the justice system, including the civil courts. The commission will recommend reforms to the seven-member state supreme court which has the authority to change state court rules.

Koster’s proposals seek to address problems that stem from debtors’ unfamiliarity with the court system and their rights.

Among his suggested fixes is a requirement that debt-buying companies provide proof that they own a debt before they can sue a debtor. As ProPublica reported, debt buyers file more suits than any other type of plaintiff. The companies purchase consumer debts at a steep discount and then try to recoup what they can from debtors.

Koster said the reform, which is similar to those passed in recent years in states such as California and New York, would help prevent debtors from being sued by companies that don’t actually own their debts or have no documentation that shows ownership.

DBA International, the debt buyers’ trade group, said in a statement to ProPublica that it supported the proposed requirement, as well as the others Koster put forward. The group looks forward to “working with AG Koster to ensure consumer transparency in all interactions,” said Jan Stieger, DBA International’s executive director.

Another recommendation seeks to prevent companies from winning judgments when the statute of limitations has expired on a debt. In our story, we recounted Rosalyn Turner’s travails with the debt collection system. Turner is a resident of the St. Louis suburb of Jennings, where about 90 percent of residents are black and collection lawsuits are extremely common. Turner was sued over an auto loan even though the statute of limitations appeared to have expired about three years earlier. The company received a judgment and has tried multiple times to garnish Turner’s wages. Turner said she’s currently in the process of filing for bankruptcy protection.

Missouri law requires defendants like Turner to know that the statute of limitations has expired, and raise it as a defense in court. If they don’t, a suit may proceed. Consumer advocates say such suits over old debts are common, because few defendants appear in court and even fewer are represented by an attorney. Koster’s proposed reform would require companies to specifically affirm that the underlying debt is within the statute of limitations before receiving a default judgment — the automatic result when the defendant doesn’t appear.

Another proposed rule targets attorney’s fees. As ProPublica has reported, when companies sue, they often request such fees, which are routinely granted and passed on to the debtor as part of the judgment. In Missouri, the fees are usually set at 15 percent of the debt owed, even though attorneys may spend only a few minutes on a suit. The attorney general’s proposal would require collection attorneys to prove they have a legal right to collect such fees and provide an itemized list of their work on the case in order to win an attorney’s fee through a default judgment.

Koster proposed the reforms with the support of state legal aid organizations. “For far too long, consumers, particularly low-income persons of color, have been victims of abusive and unfair debt collection practices designed to maximize debt collectors’ profits and keep those in need trapped in a cycle of poverty,” said Dan Glazier, Executive Director of Legal Services of Eastern Missouri, in a press release. “These long overdue and critical court rule changes will benefit all consumers and will bring greater fairness to the practice of debt collection.”

The commission will issue its first report to the Missouri Supreme Court in the first half of next year. 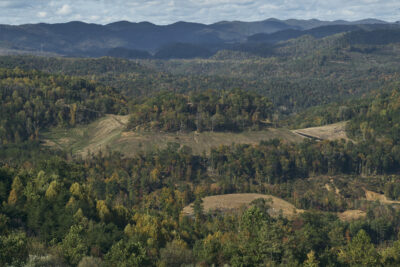