A Trump administration appointee to the National Labor Relations Board benefited the interests and clients of his former law firm when he cast the deciding vote to undo rules protecting workers’ rights in two cases last month.

The decisions, which were both resolved 3-to-2, are instances of what some former NLRB members describe as a side-door means of evading government ethics requirements — a way to do indirectly what conflict of interest rules prevent the appointee from doing directly.

William Emanuel, who joined the NLRB in September, has recused himself from involvement in more than four dozen cases involving the firm he left to join the labor board. That firm, Littler Mendelson, is known for representing corporations in labor disputes. Littler was not representing any parties in the disputes that Emanuel helped resolve in December.

The law firm had argued, in public filings, for the elimination of precedents in three cases pending before the NLRB. All three involved a widely discussed issue in the labor world and a legal position that Littler was known to espouse. Emanuel recused himself from all three cases.

But he took unusual steps that benefited Littler’s clients indirectly.

To understand how Emanuel accomplished that, a brief primer on the NLRB is necessary: The board often functions like a court, with its five members — currently three Republicans and two Democrats — adjudicating labor disputes between companies and their workers. Legal bodies like the NLRB typically resolve only those issues argued by the parties involved in the dispute.

What’s unusual is that, in the two instances last month, Emanuel and his two fellow Republican members raised precedents that had not been at issue in the case they were voting on. No party had asked the NLRB to overrule the precedents, and the board never asked the parties or the public to address the question.

The moves raised hackles among Democratic NLRB members. One of the latter, Lauren McFerran, accused the Republican majority of overruling precedent “entirely on its own initiative,” a move she called “suspect.”

Some former NLRB members criticized Emanuel. “It looks bad,” said Wilma Liebman, a Democratic board member in the Clinton, George W. Bush and Obama administrations. “It looks like a rush to judgment, and the absence of a deliberative process, and a purely results-driven process — and possibly a conflict.”

Former Obama NLRB member Sharon Block agreed. “Deciding a case in a way the parties didn’t ask you to decide it seems to me inevitably to raise the question: Why are you doing this?” said Block, who now heads the Labor and Worklife Program at Harvard Law School. “Emanuel having clients that actually had made that request — at the very least that creates a huge appearance problem.”

Marshall Babson, a former Democratic board member who now represents companies in labor matters, defended Emanuel. Even when a legal issue arises in a case where an NLRB member has a conflict, he said, “you’re not precluded from deciding a similar issue in another case that you’re not recused from.” Otherwise, Babson observed, there would be an unworkable number of recusals: Too many prospective board members — typically prominent labor lawyers for unions or corporations — would be recused from too many cases involving hot-button labor law issues.

Emanuel referred questions to an agency spokesperson, who declined to comment. A Littler spokesperson did not respond to a request for comment.

The cases in which Emanuel’s vote helped his old law firm eradicated labor-friendly precedents governing workplace rules and company responsibility for labor law violations of its franchise holders and contractors. The consequences are expected to be — and in some cases already are — far-reaching.

The December rulings were part of a rush of decisions in the week before the end of Republican Chairman Philip Miscimarra’s tenure on the labor board, and the precedents Littler objected to had long been in Miscimarra’s crosshairs, too. But until Emanuel joined the NLRB, Miscimarra didn’t have enough votes to overturn them. 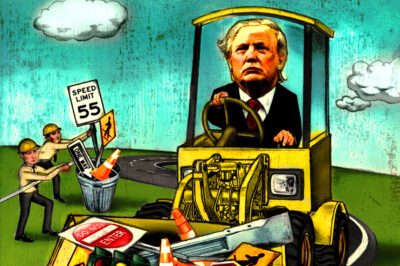 Like most executive branch officials, Emanuel signed an ethics pledge upon taking office. The pledge includes conflict of interest rules, which preclude participating in cases where a former client or employer is a party or represents one. Indeed, Emanuel has recused himself from cases in which his old law firm represents a company in a labor dispute with an employee or union, he explained in response to questions from Sen. Elizabeth Warren, D-Mass.

That’s why, on the face of it, Emanuel’s participation in the December cases doesn’t implicate conflict of interest rules; Littler wasn’t involved in them. But a close look at them shows how Emanuel’s votes helped his old firm’s clients. In one case involving the aircraft manufacturer Boeing, Emanuel voted to make it harder for workers to show that ostensibly neutral workplace rules interfere in practice with their right to organize. That decision overturned a 13-year-old precedent, one that none of the parties had attempted to end.

Littler has made its positions known elsewhere, too, including in federal appeals courts, which can review board decisions. In one such case Littler attorneys asked an appeals court to reject the Obama NLRB’s so-called joint-employer rule, which made it easier for workers to hold a parent company liable for the unfair labor practices of its franchisees and other companies with which it has a relationship. Emanuel and his fellow Republican board members overruled the Obama joint-employer rule in a second case they decided in December, though no party had asked them to do so.

Critics say Emanuel and the Republican majority have also taken other shortcuts in overturning NLRB precedents — five in December alone, including the cases above — such as reaching a decision before all the normal procedural steps have been taken.

Ultimately, the ethics of Emanuel’s participation are ambiguous, former members say, in part because similarly close calls simply didn’t arise during their tenures. “Those fine points of recusal policy didn’t come up, because nobody got that close,” said Block. “I don’t remember there being any hard questions, because we just drew a bright line.”