I want to tell you about a story we published this week. It is based on records that paint the clearest picture yet of the University of Illinois at Chicago’s role in a high-profile research misconduct case.

I’d hoped to share these details last year, but the university withheld the records. It all began last February. Using the Freedom of Information Act, we requested numerous records related to the research misconduct of a UIC child psychiatrist who had overseen a federally funded study testing the effects of lithium on bipolar children and adolescents. The failures by Dr. Mani Pavuluri and university officials eventually led the National Institute of Mental Health to demand the unprecedented return of $3.1 million that had funded the research.

While the university provided many documents, officials withheld or redacted some related to the university’s oversight failures, saying they were protected by state and federal privacy laws. Since the university continues to deny failures of oversight related to this research, we felt these records were particularly important. We appealed to the Illinois attorney general’s public access counselor, who decides public records disputes.

After more than eight months, we recently got a ruling. The public access counselor determined that the university should have provided all or parts of the documents — specifically letters from UIC officials to the federal government concerning shortcomings of the university’s Institutional Review Board, the faculty panel that is supposed to protect human research subjects.

The university then provided the records, and we published a follow-up story this week with some of the details we would have liked to have shared a year ago.

FOIA is an important — but imperfect — tool for public transparency. Many times, reporters and the public shouldn’t take a public agency’s “no” for an answer. The process of obtaining records can be long, frustrating and sometimes expensive. We’re still waiting for other documents the university denied us, with appeals pending at the public access counselor’s office.

UIC has consistently said that its “internal safeguards did not fail” and researchers are “responsible for the ethical and professional conduct” of their projects. Pavuluri has said she made decisions in the best interests of her patients. She said UIC placed blame on her instead of recognizing institutional problems with the IRB process and research oversight.

One other note: Our original investigation into the misconduct at UIC is being used as a case study in research integrity training for students and researchers who receive federal grants. The story is now included in a course on responsible research conduct that’s part of a collaboration between Memorial Sloan Kettering Cancer Center, the Rockefeller University and Weill Cornell Medical College.

Among the questions students are asked to consider: “Do you feel that Pavuluri and the UIC IRB share equal blame in this situation?”

Thank you for reading, and reach out if you have any thoughts, suggestions or tips: [email protected]. 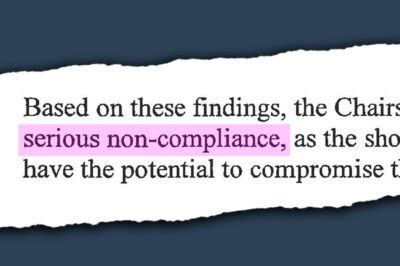