The Department of Veterans Affairs covers care connected to military service, but if a veteran has private health insurance that can pay for care not connected to a service disability, the VA can bill the insurer. Although the VA has more than doubled its collections from insurers since the mid-1990s, a little-noticed Government Accountability Office report recently found that the VA likely missed out on billions of dollars from insurers because of a disorganized, disjointed accounting system. 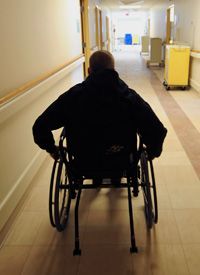 The GAO audited 18 of the 153 medical centers in the VA system and found $290 million in unbilled services from documentation, coding and billing errors and other reasons. The GAO also cited more than $1 billion in medical costs that the VA couldn’t give valid reasons for why they weren’t billed. And in a random sampling of 260 bills from across the entire system to third-party insurers, the GAO found that the VA collected only 47 percent of the money. (The GAO also probed VA’s collection methods in 1999 and 2004.)

“In the private sector, billing is their lifeblood," said Christopher Needham, senior legislative associate for the Veterans of Foreign Wars. "At the VA, there are no standardized procedures [for billing and collecting]."

Since a law in 1996 increased eligibility and access to VA services, the number of patients the VA serves has grown by nearly 50 percent, to 5.6 million last year. That growth has brought in higher-income veterans who have private health insurance and the potential for a lot more collections. But because VA facilities have their own billing methods, no one can estimate how much money could be collected.

"That's a collection question that we get asked a lot," said Stephanie Mardon, the deputy at the VA’s chief business office for revenue operations. "It's a challenge to determine the upper threshold."

A major hurdle for the VA has been that it was never created with a complex billing system in mind. The VA only began billing insurance companies in 1986 and that was on a small scale.

"It's not something we've been at for 30 years," added Mardon. "That's certainly why we strive to continue to improve businesses' processes."

One of the bright spots for the VA in the report was the performance of eight medical centers in the audited group that had their billing done at a consolidated patient account center (CPAC), which employed a contractor to train government employees to use private sector business practices. The CPAC, a pilot program started in 2005, does the billing for the eight centers at one location and had better collection rates and more accountability for the billing process.

A bill now being considered in the House of Representatives would create seven more CPACs in the next five years. The bill passed the Veterans Affairs committee last week. It has yet to be introduced in the Senate. As it stands, the CPAC audited by the GAO is the only one in operation.