Cecilia Reyes was a Google Journalism Fellow at ProPublica. She graduated from Columbia University with a degree in Computer Science in May. Cecilia is a Magic Grant recipient for 2014-2015 from the Brown Institute of Media Innovation. Previously, she interned with the Boston Globe and the New York Daily News. 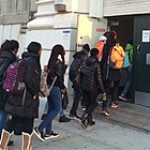 Crime in the schools has dropped sharply but New York still requires students at more than 200 schools to take off their shoes and send their belongings through x-ray machines. 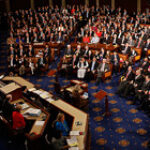