Ed Sniffen faces three counts of sexual abuse of a minor for having sex with a 17-year-old girl he coached in high school in 1991.

Her Story Brought Down Alaska’s Attorney General. A Year Later, She Feels Let Down.

Nikki Dougherty White came forward to say Alaska’s acting attorney general had an inappropriate relationship with her when she was a teen, and he resigned. That was more than a year ago, and the state’s investigation has barely moved.

School District That Employed Principal Despite Sex Abuse Complaints Will Pay $3.8 Million to His Victims

An Alaska school principal who abused young girls kept his job despite years of complaints. Now the district will pay millions to his victims. His conviction is part of a series of failures by the state’s schools to protect students from educators.

Alaska authorities neglected to collect DNA swabs from nearly a quarter of qualifying arrestees since 1995, the state said. The requirement was supposed to help solve sexual assault cases and put serial offenders behind bars.

The head of Alaska’s leading tribal health organization has stepped down after a former assistant accused him of “forcing and requiring sex” to keep her job. He denies wrongdoing and says their relationship was consensual. 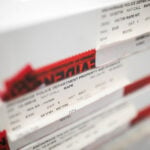 By failing to collect DNA samples when they arrest people as the law requires, Alaskan law enforcement left the state’s DNA database with crucial gaps, allowing at least one serial rapist to go undetected. 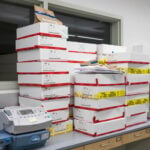 After 3 Years and $1.5 Million Testing Rape Kits, Alaska Made One New Arrest

In the state with the highest rate of sexual assault in the nation, testing the backlog of rape kits may not be enough. Many were from cases where the identity of the suspect was already known, or were opened only to find no usable DNA. 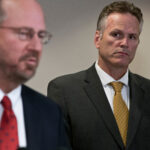 She received hundreds of “uncomfortable” texts from Alaska’s attorney general, leading to his resignation, and says Gov. Mike Dunleavy’s staff knew of the misconduct for months but no investigation began until a whistleblower appeared. 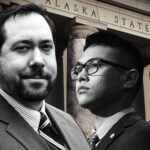 As scandals force Alaska politicians to resign, nowhere have the accusations been more severe than this remote rural district, where male leaders are proving to be part of the very problems they’re supposed to be solving. 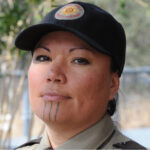 In 2018, Jody Potts was the target of misconduct from then-Lt. Gov. Byron Mallott. Two days later, he resigned, but the details of what happened have never been publicly told until now. 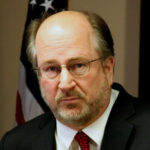 Kevin Clarkson texted a much-younger state employee to come to his house at least 18 times, often using kiss emoji and commenting on her appearance. He’s been on unpaid leave for weeks, but the state never told the public he was gone, or why. 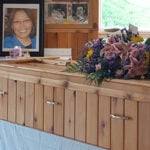 She Asked to Be Saved From Him. Now She’s Dead.

During the pandemic, domestic violence has killed more people than COVID-19 in rural Alaska. It’s also limited emergency services, and without shelters, many say these deaths are no surprise. 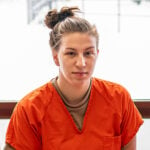 Ricki Dahlin turned to a life of crime and drug addiction after being sexually abused as a child. “We’re broken. We’re trying to fix ourselves.” 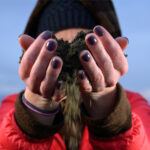 Trapped at Sea, Alone With Her Assailant, He Told Her “You’re Mine for the Week”

Cathleen was raped five hours into a multi-day fishing trip, where she and the captain who assaulted her were the only ones on board. She begged to be taken back to shore, but he said no, they had work to do. 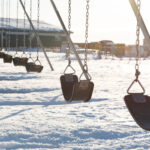 An Elementary School Repeatedly Dismissed Allegations Against Its Principal. Then, an FBI Agent Pretended to Be a 13-Year-Old Girl.

The principal for one of Alaska’s largest rural elementary schools, in a region with some of the highest sex crime rates in the country and a state with a history of failing to protect students, was allowed to remain on the job until the FBI got involved. 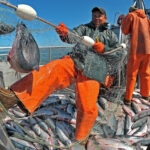 In This Remote Town, Spring Means Salmon — and Thousands of Fishermen From Coronavirus Hot Spots

A remote fishing region will soon be flooded with seasonal workers. The hospital is equipped for only four COVID-19 patients and its chief operating officer is out of a job after emailing a coronavirus conspiracy meme. Welcome to Dillingham, Alaska.