Will Young was a Lorana Sullivan senior business reporting fellow.

Before joining ProPublica, Will worked at Sojourners Magazine, where he investigated cash-strapped churches exploiting prison labor to save money on furniture and examined how Catholic shareholder activists are challenging for-profit prison companies. Will graduated from Liberty University with a journalism degree, where he also served as editor-in-chief of the Champion, Liberty's student-run weekly, and reported on university president Jerry Falwell Jr.'s cozy relationship with Donald Trump. 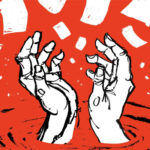 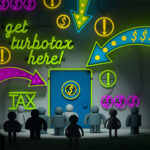 Intuit has amped up its misleading digital advertising in the wake of a new IRS agreement that bars tax prep companies from burying the agency’s Free File program.

Federal judges were penalizing big companies for destroying emails and other evidence. So the companies lobbied to have the rules changed. Since then, a ProPublica analysis shows, the rate at which judges issue penalties has fallen by more than half.