Trying to follow the news on National Security Agency surveillance — much less report on it — Julia Angwin (@JuliaAngwin) found herself confused, to say the least. Being a ProPublican, her answer to the overflow of information was a news application plotting the programs for an at-a-glance overview.

She joins Assistant Managing Editor Eric Umansky (@ericuman) in the Storage Closet Studio to talk about the new matrix, published today. An “homage of sorts to New York magazine,” as Umansky says, it uses an X axis from “domestic” to “foreign” and a Y axis from “bulk” to “targeted.”

While accuracy is limited by the dearth of information about the secret programs,  “what you see is that, actually, most of what the NSA is doing is their job, which is foreign surveillance,” Angwin says. But there are a lot of bulk programs that end up capturing U.S. data.

Congress appears poised to limit some of that — the phone metadata collection in particular — but there is a need for balance in reforms. “To be fair to the NSA, they have a difficult task, right?” Angwin says. “They’re supposed to do only foreign surveillance, but they’re working in a world where digital communications bounce all over the world.”

When foreign communications that the NSA is legitimately tracking come through the U.S., “They actually have to jump through a bunch of hoops, in their mind, that they, you know, sometimes rebel against,” Angwin says. In fact, that’s what started the overcollection of data  in the wake of the September 2011 attacks, she says, “this frustration that as soon as a communication of any type touched an American server of any kind, they had to stop collection.” So began the warrantless wiretapping program under President Bush.

All efforts at fairness duly noted, the Obama administration would probably not agree with her categorizations of certain programs on the “bulk” side of the matrix, Angwin says.

That’s because “they would say bulk doesn’t mean what the dictionary says it means,” Umansky says. “It means what President Obama has defined as meaning.”

Right, Angwin says. The NSA definition of “bulk’ means “lack of discriminants,” contrasting with the English-language meaning that refers to the size of the datasets it collects — but here again, standard grammar and the NSA diverge, Angwin says: “Their original stance was that collection didn’t mean collection, right, it only meant when they looked at something was when it was collected. Otherwise it didn’t actually exist. So this has been a semantic game that’s been played all through the reporting on this topic.” 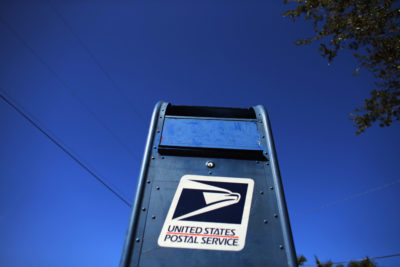