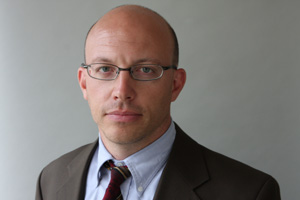 In recent years, the Pentagon has come to increasingly rely on private military contractors to do the work that members of the military used to do. But as the number of civilian contractors has grown, so too has the number of deaths and injuries of those contractors and with it, the cost of paying health care benefits for their injury claims.

T. Christian Miller recently won the Selden Ring Award for Investigative Reporting for his coverage of the numerous obstacles contractors face when they've been injured and try to collect benefits. We spoke to him about who is responsible for taking care of injured contractors, the ordeal they have to go through to be diagnosed with post-traumatic stress disorder, the role AIG plays in this, contractor suicide rates and how Congress is addressing the problem.

We also hear from one of the people facing the difficulties Miller has documented. Bill Carlisle Jr. was a contractor with defense firm KBR. He sustained both physical and psychological injuries, and is now fighting insurer AIG for the benefits he says they owe him.

Articles discussed in this podcast: