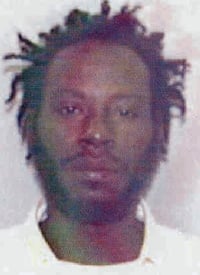 Remember the alleged plot two summers ago to blow up the Sears Tower? Seven men from an obscure religious sect in Miami, the Seas of David, were indicted. Attorney General Alberto Gonzales trumpeted the charges at a press conference, saying, "Individuals here in America made plans to hurt Americans."

But the evidence turned out to be less than overwhelming. The men had no connections to terrorist groups and what little plotting there was had been urged on by an FBI informant.

The case has so far ended in two mistrials, and one of the defendants, Lyglenson Lemorin, was acquitted in December 2007. (Lemorin had left the sect months before the arrests and moved to Atlanta with his family after expressing qualms about the group.)

But Lemorin wasn't freed. Instead, Lemorin was transferred to detention and told he was going to be deported to Haiti, where he last lived as a child. Born in Haiti, the 33-year-old Lemorin has been in the U.S. legally for the past 20 years. The deportation orders were based on essentially the same charges Lemorin was acquitted of: supporting terrorism. (Because immigration issues such as deportations are a civil matter, double jeopardy isn't an issue.)

After eight months in detention, Lemorin's deportation trial began this week. As the Miami Heraldnotes, the burden of proof at such immigration hearings is lower than at criminal trials ("Clear and convincing evidence" rather than "beyond a reasonable doubt").

So far, there's been no ruling. The government's lawyers pointed out that Lemorin took part in an "oath" of allegiance to al-Qaida. Lemorin's lawyers have countered that the oath was conceived of and administered by an FBI informant and that more importantly, Lemorin objected and fled the group shortly after. "As soon as it became clear what was going on, he bolted," Lemorin's lawyer told the Herald.

The circumstances of the case appear to be unprecedented. "If he's deported," writes the Herald, "Lemorin could be the only legal resident acquitted of terrorism charges and with no prior record to be booted out of the country."

The judge has set aside two weeks for the trial.

Meanwhile, the criminal case against the other six defendants goes on, after two trials ended in hung juries. A third trial is scheduled for January.